Ah… blacked-out football boots – is there any sweeter mystery than a top a player plying their trade in a completely inconspicuous pair of cleats? 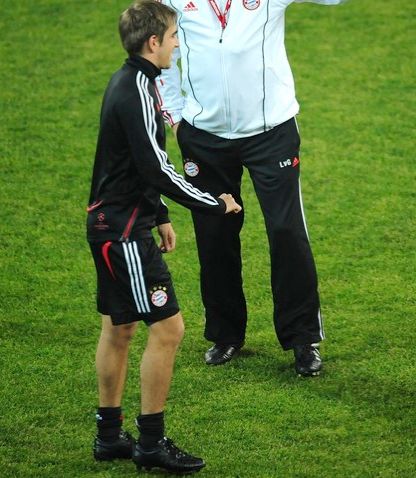 Probably, but as we’re Footy-Boots.com it’s the only mystery that we really care about!

So, when friend of the site Robert M dropped us an email to say he’d clocked Bayern Munich Captain Philipp Lahm in a new blackout, we had to do some serious digging to unearth all the facts about these mysterious new football boots.

However, looking closely at the boots, there’s very little to indicate that these are adidas’ new heritage football boots, and may very well be a leather version of the adiZero Prime. 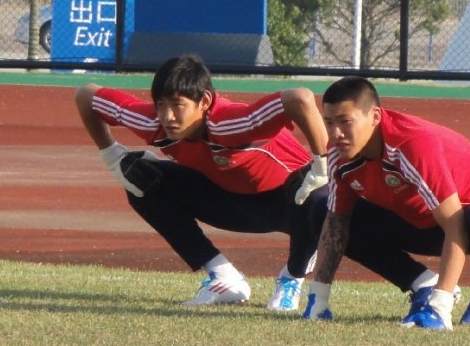 Firstly, the distance between the toebox and the sole looks very flat and low; which is more in the style of the adiZero‘s footbed that the comfort-centric styling of the adiPure.

Secondly, the studs at the front of the soleplate looks more like the diamond-shaped studs of the adiZero, not to mention the configuration of the studs themselves.

Also, especially visible in the top picture, the heel counter of the boot looks more like the ‘flowing’ design integrated into the current adiZero soleplate

Finally, there’s a strange panelling design on the upper around the toes – which is more congruent with the designs we’ve seen snuck onto Borussia Dortmund’s Dimitar Rangelov and Chinese National team ‘keeper Shichang Zhang. 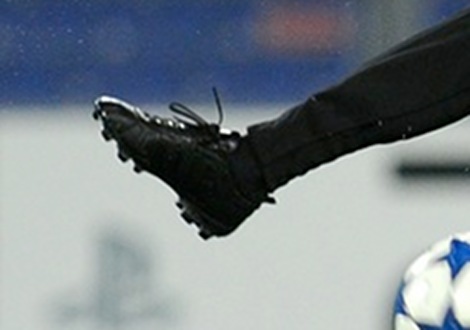 We can also reveal that Lahm was testing these same new football boots ahead of Bayern’s last Champions League game at the start of the month, which means that the German defender could potentially be in line for a switch to the speed boot whenever the new incarnation of the best-selling cleats arrive.

That said, the odds of these football boots being the adiPure IV are good too, as the heel studs look to be more traditionally ‘blade’ shaped – which is something we’ve come to expect from the adiPure line.

We’re expecting the adiPure IV well before anything new from the adiZero range, and we can’t wait to see what the bods at adidas come up with for this design – given some of the features we’ve pointed out, these could be the most divisive adiPure‘s yet.

Given the adiPure’s history of classic styling, the very modern-looking stitched panelling could really split opinion between adiPure Purists!

Needless to say, we’ll be watching the Bayern Captain’s feet very closely over the coming weeks…

What do you think these mystery football boots are?

Do you agree with us that they could be a new adiZero – potentially the long-rumoured adiZero Prime? Or is the new adiPure IV going to take the series in a new, stylistic direction

Or are we off the money completely? Is Lahm potentially switching sponsors to a new, different boot brand?

The comments field is just below, let the wild speculation begin!