Pre-Season Training is a vital part of any footballer’s life, amateur or professional. It’s the point where you can iron out niggles in your game, strengthen injured limbs and push yourself harder than you ever have before.

At the launch of Nike’s SPARQ Training event in London, Footy Boots grabbed some time to chat with one of England’s best young players; Arsenal Left-Back Kieran Gibbs, to ask how his pre-season is shaping up! 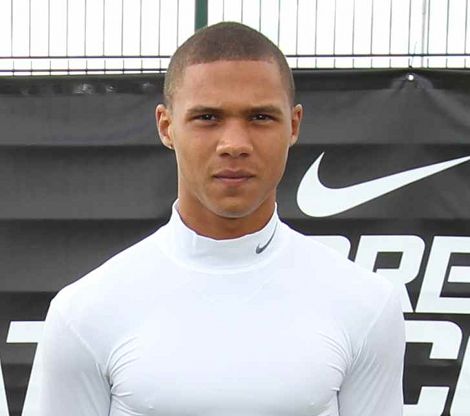 What’s Arsene Wenger like in training? Does he prefer to sit back and let the coaches take it or is he out there with the rest of you?

He’s out there every day! He missed our first weeks training as he was in South Africa, but he’s been back since then.

Arsenal have a history of attacking Left-Backs, is that something you˘€žËre told to do and work on in training?

As a left back I watch the best Left Backs in the World, and all of the best get forward like Cole, Carlos, you know, so it’s something that I look to do too, rather than being told to do it.

How long are your training sessions?

For us, about an hour and a half, hour and three-quarters. In pre-season, we sometimes do one in the morning and then a lighter on in the afternoon.

Do you work on specific things on set days? E.g. Attacking on Monday, passing on Tuesday?

There˘ no structure for us really Ĺ› we just do whatever the boss feels we need to work on.

It’s probably the groups splitting up with England. Like, the attackers go do drills on attacking, the midfielders to their thing and the defenders work with the other defenders.

Which do you prefer?

They’re both normal ways to train, and both of them come with benefits.

Do you think Arsenal’s “All-Together” training policy helps with their style of football, e.g. Everyone doing the same passing drills encourages everyone to get the ball down and pass it?

Yeah, I think that’s probably right, it’s important for all of us to be sharp passers. 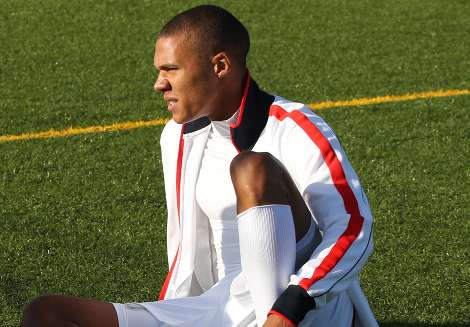 You’ve probably got mates in lower League cubs, how do you find their training regimes differ from your own?

Lower leagues have bigger players, they’re more physical so strength is important for them. You don’t really get the Arsenal lads in the gym doing Bicep Curls!

Do you do much in terms of traditional Gym work?

Just in pre-season. We get into the gym 2 or 3 times, but once the season gets going, we’re playing a 90 minute game every 3 days on top of training – most of the lads don’t use the gym so much.

So, go on, who fancies themselves in the gym?

It’s gotta be Aaron (Ramsey) – obviously you know he’s coming back from injury, so he can’t do the running and field work, so he just spends his time getting his strength up in the gym. Don’t tell him I told you that, though! 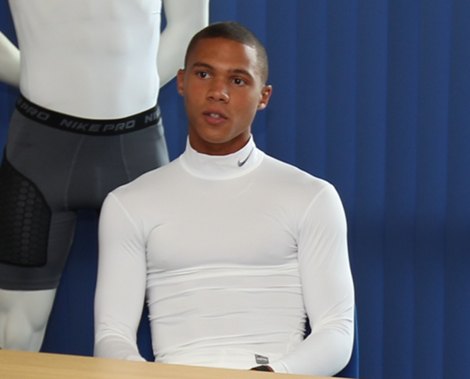 What drills do you really hate?

We’ve got this one that the lads call the Mario Kart Run, which is the toughest. It’s like you do one set of sprints, then a longer set of sprints – it keeps going like that and by the end of it you just don’t want to run again!

Who’s the best at that then?

It’s got to be Sami Nasri, he’s exceptional.

In the interests of team harmony I won’t answer that one!

How does Walcott rank in there?

Theo’s fastest flat out. When we do Sprint tests he just smashes it, but Armand Traore is up there too – he’s pretty close to Theo.