Towards the back end of last year, Kelme came out with the forward looking Master Moleon complete with their usual combination of cutting edge design, innovative colours and individualistic Spanish styling.

At the time, they said they had something special up their sleeves for the start of 2009. And boy, they weren’t kidding.

Feast your eyes on the Kelme Retro. 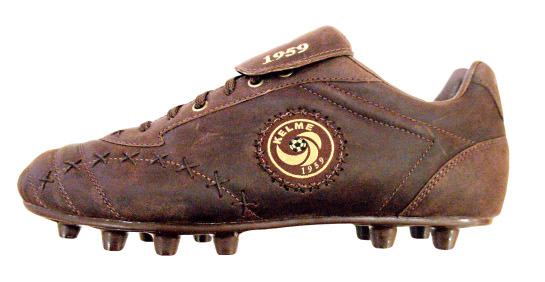 As it stands, information on the football boot is scarce as is the commercial reasoning for Kelme to go with such a radical retro design. Though, having spoken to a few of the creative team, it seems that this is very much a ‘labour of love’ by the company who want to pay tribute to the game and players of the past.

One thing we do know is that in keeping with the style of the Kelme Retro, the football boot is made from a distressed leather with some serious cross stitching and has a double quilted lining.

As for the date they’ve chosen, 1959, that remains something of a mystery. Billy Wright made his 70th successive appearance for England (a record that still stands) in that year and Nottingham Forest beat Luton 2 -1 in the FA Cup final but we doubt that either event will have made much of an impact on the Spanish consciousness. 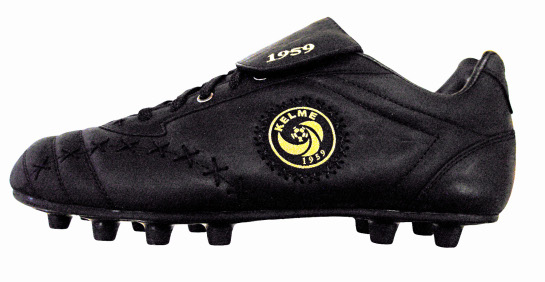 Written By
Felipe
More from Felipe
The Winner of the Footy-Boots.com Power Poll is revealed; who will be...
Read More