Whilst Cristiano Ronaldo was grabbing all the headlines with his new signature soccer cleats, Japanese superstar Keisuke Honda was doing much the same in Russia with the new Mizuno Ignitus II KH! 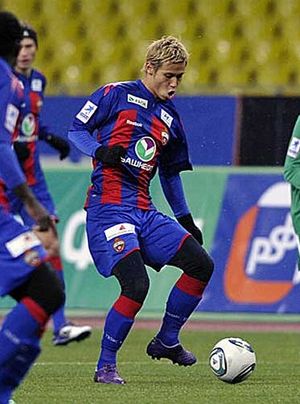 Looking resplendent in regal Purple/Gold, the new' Mizuno Ignitus II KH is certainly a boot that catches the eye on the pitch, and is set to become a big hit in Mizuno and Honda’s homeland of Japan.

As die-hard Mizuno fans know, set-piece maestro Honda wears a bespoke version of the Wave Ignitus II, with the heel counter removed and a custom soleplate. For the first time, Mizuno are set to release this to the general public in the form of the' Mizuno Ignitus II KH. 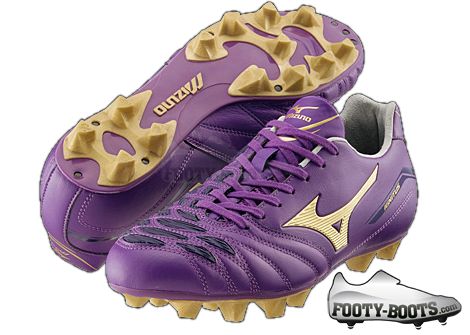 The Purple/Gold colourway will be exclusive to the Mizuno Ignitus II KH, and will be worn by Honda over the next few months whilst in action for CSKA Moscow and Japan.

Credit should also go to Mizuno over the pricing of the Mizuno Ignitus II KH; as Keisuke Honda’s custom football boots don’t use the Wave heel system or carbon fibre in the solepate, the Japanese brand have knocked over 3,000 yen off the price in comparison to the Mizuno Wave Ignitus II – Classy! 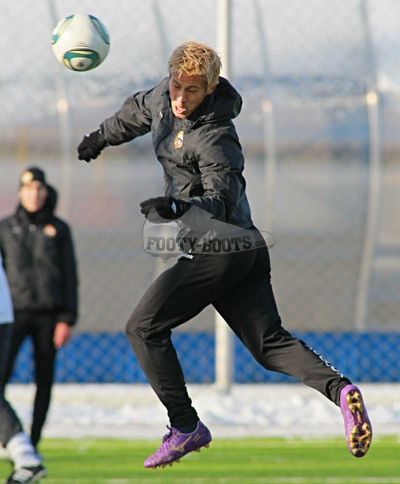 This is especially considerate on Mizuno’s part, as keeping the price the same would have done little to deter Japanese football boots fans; such is Keisuke Honda’s popularity in Japan, stores were sold out of the original Wave Ignitus for weeks following Honda’s splendid set-pieces at last year’s World Cup.

On order for a December launch in Japan, we’ll be bringing you news of any plans for a European release as soon as we have them!

KEISUKE HONDA DEBUTS MIZUNO IGNITUS II KH, 8.8 out of 10 based on 43 ratings

Written By
Kyle Elliot
More from Kyle Elliot
adidas take us behind the scenes at one of Europe's most feared...
Read More