Japanese midfielder Keisuke Honda’s free-kick for the Samurai Blue back in 2010 turned the original Wave Ignitus into an overnight success, with the boot actually selling out that week in Mizuno’s Native Japan.

And now, four years on Mizuno are honouring their set-piece maestro once more with an exclusive gold and black colourway that will be worn by Honda at the World Cup this summer. 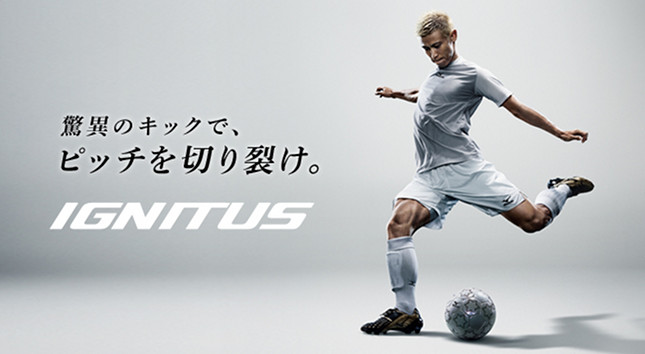 One of a progenitors of the idea behind the original Wave Ignitus, the blonde-haired playmaker has played much of his career in Mizuno football boots.

However, the AC Milan man has spent much of his career perfecting the ‘no-spin’ free-kick; something old-school fans might remember as being one of the signature styles of Juninho back in his prime.

So, Honda took his technique to boot-sponsor Mizuno to see if they could design a boot that would augment his ability. 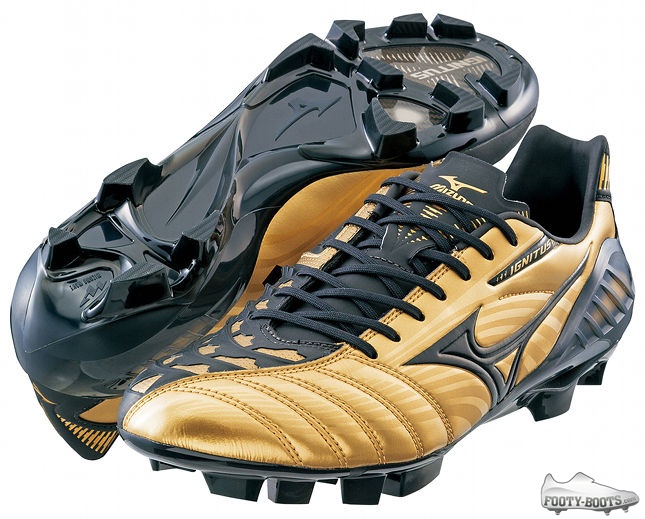 Since then, Mizuno’s Wave Ignitus established the brand as a major innovator once again in the current market, creating a huge buzz around the Ignitus.

Now in it’s third generation, the Wave Ignitus is set for another starring role as Japan will look to continue the momentum that made them runaway winners of their qualifying group against three tough opponents; Columbia, Ivory Coast and Greece.

If Japan are to have any hope of progressing to the knock-out stages, they’ll need Honda to be firing on all cylinders, and at least wearing these Gold Wave Ignitus III’s, he should be full of confidence.

What do you think of these special edition Mizuno football boots?