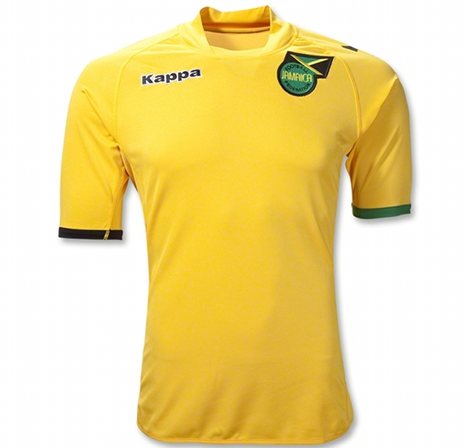 Worth around $2 million, the new deal will see the Jamaican men’s national football team sporting Kappa designs in the qualifying stages, and potentially the finals of, the 2014 Fifa World Cup finals in Brazil.

As well as the Men’s senior team – fondly called the ‘Reggae Boyz’ by their fans – Kappa will also be the official shirt and kit supplier to the Nation’s eight other teams, including the Women’s and Youth squads

In addition to the $2m paid to the JFF over two years, Kappa have incentivised the deal further; with a $350,000 US reward for the team should they qualify for Brazil 2014.

An interesting facet of this particular deal is that whilst Kappa were the last brand to supply the Jamaican National Team’s kit, that deal expired in 2010 leaving the JFF without a technical supplier for the last 12 months.

Kappa’s sports sponsorship manager Paulo Fulgenzi told the Observer that the brand’s decision to sign a new deal was late in coming due to both parties having to “take our time in working out the detail.”

“It took us one year to make a decision, not because we were not interested, but more because this project is so important to the president who is very hands-on when it comes to the Jamaica project,” said Fulgenzi.

“The Reggae Boyz brand is very marketable and this is why we have decided to go with it again… we’re staying because it’s a good link with our brand and the story of Jamaica.”

The new Kappa-designed playing strip is set to be unveiled in April in time for Jamaica’s first World Cup qualifier against Guatemala on 8th June.

Written By
Kyle Elliot
More from Kyle Elliot
Street Striker lives on, but Rooney will no longer grace cans and...
Read More