After their incredible launch for the new Predators here in the UK, adidas celebrated the start of the new season by having Kaka show off what the new Lethal Zones could do in sunny Spain. 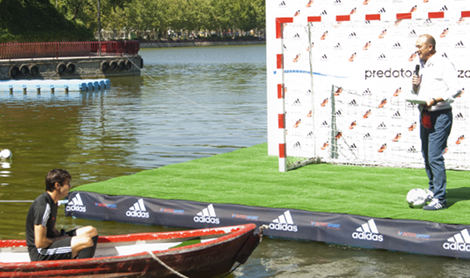 adidas set the Brazilian midfielder a series of tasks at the sports facilities of La Casa de Campo, Madrid, where the former AC Milan man duly demonstrated the Drive, Pass, Sweet Spot and First Touch zones of his latest football boots from the three stripes.

Of particular note was the Drive challenge, which saw Kaka having to score in a goal that was floating out into the middle of the lake – something he managed four out of five times. Impressive. 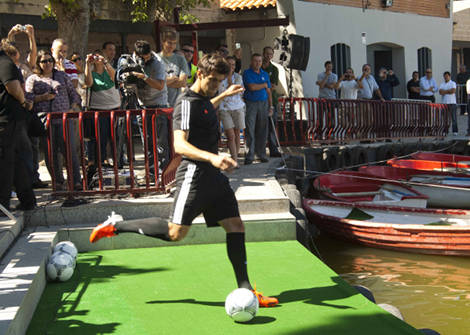 Of his new footwear, Kaka said:

“It’s very important for a player to trust in his boots, to feel that they are comfortable and to not notice them during the match. I began with Adidas when I was 19″.

But as this is Kaka, the attending media were keen to quiz the Brazilian national team star on Los Blanco’s Champions League draw, his position within the squad and whether he thinks he’ll be in the the Brazil squad that hosts the World Cup in 2014: 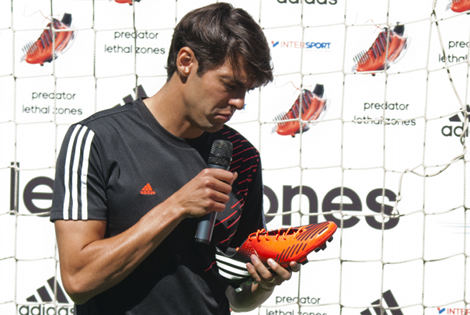 “We have a very strong team, the champions of Germany, The Netherlands, England and Spain. It’s the most difficult group, but for us it’s good because we’ve begun strong in such an important competition, in which the Real Madrid players are excited about the Tenth Champions League. Starting like that means you’re more concentrated right from the start”, said Kaka of the last week’s draw.

His place in the plans of the Real Madrid management seems to also be something that has been discussed at length, as when quizzed, the 30 year old replied, “It’s a real incentive to know that Mourinho is counting on me and I hope to be ready for when he needs me” 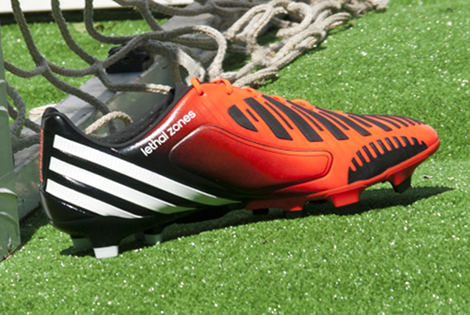 Given Brazil’s youthful looking team at the Olympics, Kaka also hopes there would be a place for himself, who will be 32 when the Brazil 2014 World Cup kicks off:

“It a real incentive and dream to play in the World Cup in my home country. I’ve played three and I want to carry on at Real Madrid at a high level to have the opportunity to be able to play at that World Cup. The ball’s name is going to be Brasuca, which is a Brazilian name which means you are proudly Brazilian”.

Do you think Kaka will make the cut with the likes of Neymar, Oscar, Lucas and the other young stars of Brazil’s squad?