Champions League training sessions have fast become a staple of any boot-spotters schedule, as they’re the perfect time in the footballing season for adidas to get some of their top pro’s to try out their latest football boots. case in Point, Kaka hitting the pitch in an interestingly-coloured Predator LZ! 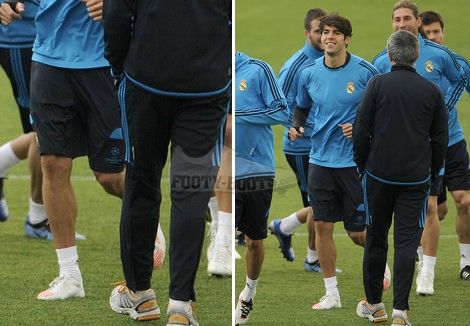 As we saw in our boot-spotting special last week, the adidas Predator LZ is becoming something of a fixture on training pitches (and even a couple of stadiums) across the globe, with players from Arsenal, PSG and Barcelona all giving their feedback to the newest Predator in the lineage.

However, the black-out colourway is certainly something that doesn’t really give anything away – and even with a splash of red added to the tongue and collar, there isn’t too much we can decipher from photos of the boots, aside from a hugely-aggressive-looking Predator ‘Zone’ on the instep.

Interestingly, at Real Madrid’s training session ahead of their clash with APOEL in the Champions League, adidas seem to have given Ricardo Kaka a particularly special pair for his feedback. 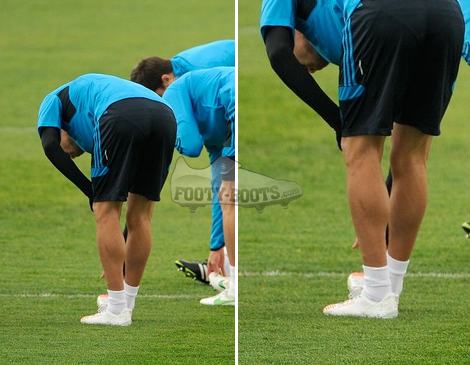 Whilst all other prototypes we’ve seen have been black, the former AC Milan Midfielder’s football boots are almost entirely white, with a series of Red stripes across the toe and forefoot.

We’ve heard rumours swirling that adidas’ newest Predators are going to contain a multitude of ‘elements’ across the boot, all with a different purpose. For example, aggressive stripes on the instep for curl and swerve, softer zones on the outstep to cushion whilst dribbling and so on – and it would seem that the ‘red’ zone one Kaka’s Predator LZ‘s is in the sort of area we’d hope to take a good first touch.

The big question that arises, however, is this going to be an actual colourway for the upcoming LZ‘s? 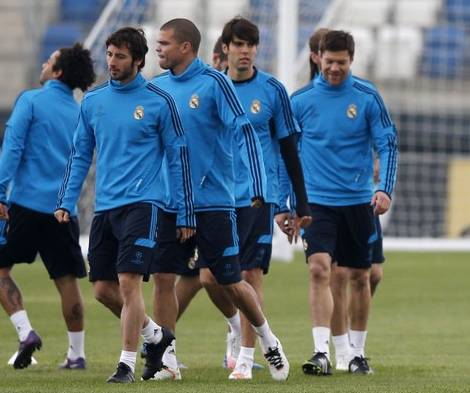 Well, whilst the colour combination is definitely unusual for a prototype, we’d have to guess that these are still an unfinished version of the new adidas Predators; the lack of branding and hiding away the signature three stripes definitely wouldn’t be something adidas would want to do when launching a new version of their most famous soccer cleat.

But that said – White and Red have always been firm favourites amongst the Predator design team – maybe they’re only a splash of Black away from completion?