There are few football stars who spark the imagination like Ricardo Izecson dos Santos Leite. The World Cup-winning midfielder has been held in the highest regard a footballer can over the last 8 years since his move to AC Milan in 2003, and has been a model wearer of adidas football boots. 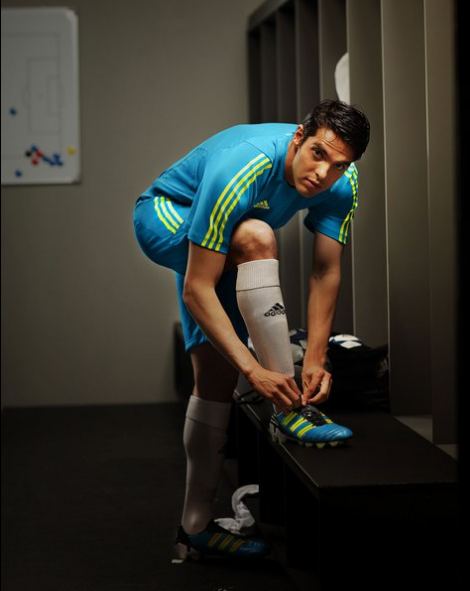 Yesterday in London, KakÄ‚Ë‡ was the headline act amongst a host of big-name players at the launch of the new adidas adiPower Predator – his latest switch in the footwear department after a lengthy stay in adiPure range.

“I’m really happy to be back in the Predator – It’s very light version this time, it’s very different to my last Predator”

Once one of the faces of the Predator range during his time in Italy, the midfielder switched to the adiPure line as he settled into a more instrumental playmaker, setting up chances for some of Milan’s awesome array of strikers.

So when adidas decided that they wanted the new adidas adiPower Predator to have a focus on control, they knew just the man to help them engineer their new football boots to perfection.

Eagle-eyed fans of the Galactico know that this switch has been a long time coming, as he’s been key in developing the new adidas adipower Predator for most of 2011.

“adidas have had me testing it for a long time, and I’m very happy with how the adiPower has turned out” 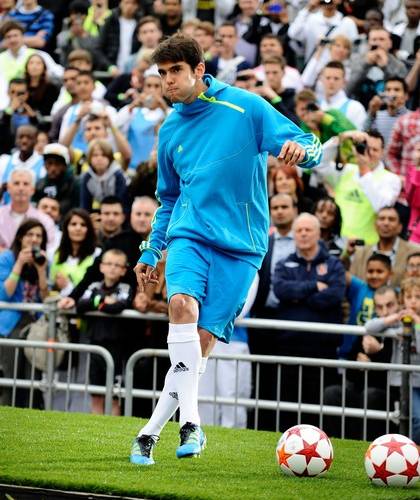 But there has been some speculation about where the former AC Milan man will be wearing his new football boots next season, with opportunities having been scarce at the Bernabeu

‹Ĺ›I have a contract with them and I don˘€žËt even think about playing in the Premier League or going back to Brazil or Italy,˘€žË

”I had a very difficult two seasons at Real Madrid because of injuries with my knee and now I want to be in good shape for next season.”

Written By
Kyle Elliot
More from Kyle Elliot
We sneak into the adidas Samba pack photoshoot to grab a quick...
Read More