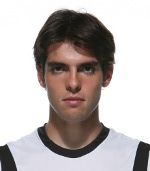 Kaka’s future will be decided upon by Monday after AC Milan owner Silvio Berlusconi set a final deadline claiming that the ultimate decision rested with the player himself.

The 27 year old Brazilian star has been linked with a £56 million move to Real Madrid following Florentino Perez’s return as president. That figure would be a world record transfer fee in sterling, although in Euro’s Zinedine Zidane’s move to Spain in 2001 still holds the edge due to the different exchange rate at the time.

Berlusconi has compared the current situation to that of Andriy Shevchenko who they sold to Chelsea in 2006. Speaking on Italian TV, Berlusconi said:

It is always our lads who decide where they want to play. Now we will see.

I can only say that we were very attached to Sheva. When an offer arrived that we could not equal, because I had a great friendship with him, I did all I could to convince him but in the end I left it up to him.

Kaka is currently with the Brazil squad ahead of their World Cup qualifier against Uruguay in Montevideo on Saturday but it’s claimed that his father and agent Bosco Leite has already sealed a deal with Madrid.

Written By
Felipe
More from Felipe
Everton's hopes of moving to a brand new stadium outside of Liverpool...
Read More