adidas could be lining up an exceptional double-swoop for two of Chelsea’s biggest stars, as both Juan Mata and Fernando Torres played out this weekend’s victory against Wigan in adidas football boots. 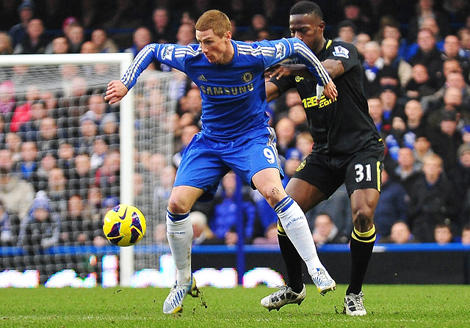 Chelsea’s Spanish duo stunned boot-spotters this weekend by wearing the adidas Predator LZ at Stamford Bridge, suggesting their time as Nike athletes could be set to end, with adidas the preferred destination for both.

Whilst there’s a firm ‘no comment’ from adidas on the possibility of permanent switches for the two, it would be an understandably great move for the three stripes to snap up two big-name players. 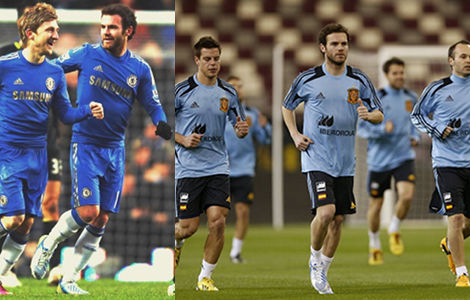 Having both picked-up World Cup and Champions League winners medals, both Mata and Torres are well-decorated at club and international level – where both players also wear the Three Stripes as adidas have long-term kit supplier deals with both Spain and Chelsea; a factor likely to weigh into adidas’ decision on whether to sign them.

Both former loyal Nike ‘main men’, both Mata and Torres have been used in ads and appeared at media events for the Mercurial and T90 ranges respectively.

Mata has been a loyal Mercurial wearer since rising to prominence at Valencia, whilst T90 has worn the Laser range since before they had the ‘Laser’ suffix attached, so it definitely comes as surprise to see them move away from the American sportswear giants.

If there’s one thing we learnt from the Mesut Ozil saga, though, it’s that sudden boot-switches like this don’t always run smoothly – with contract negotiations, clauses and playtesting all to come before anything official is agreed.

But from here on out, you can bet we’ll be keeping an eye on both players in training to see whether they stick with the three stripes!

Thanks to DDChile for the Torres spot!