Speaking of staggering speed – when it comes to his'  current Real Madrid players, the most notorious exercise-addict is Cristiano Ronaldo, and Mourinho was keen to make it clear that this reputation is not ill-earned. 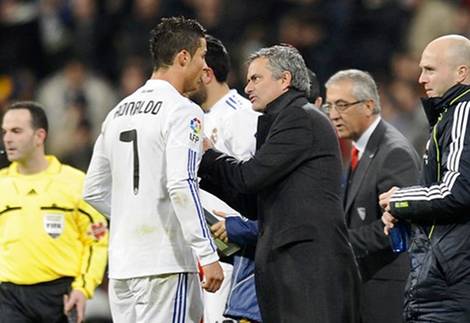 “Cristiano is special, he takes complete care of himself, he knows his body better than anyone. He does his work absolutely everyday – he’s that kind of personality where every day means every day. Every day is when the team aren’t training. Every day is when the team are on holiday. He’s the sort of player that always feels his body should be in top condition and he knows how to do it.”

Footy-Boots.com points out that over-exertion can often be a problem for players, but Mourinho quickly moves to dismiss that his countryman’s work ethic is anything less than a positive;

“Of course we have our fitness team that monitors what he does, but he always knows what he needs to do – when he’s at home he’s ready to keep working. From a physical point of view he’s absolutely perfect, and he wants to stay perfect until the end of his career.” 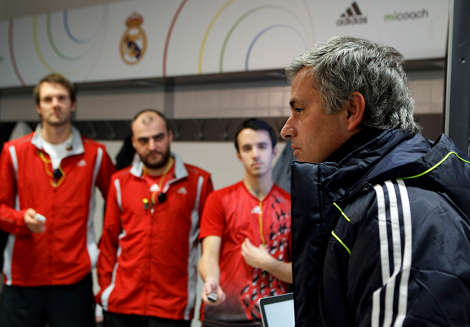 One word rings in the air, “Perfect”. Chelsea fans will warmly remember the tactician crowning himself ‘special’, and the rest of the footballing world knows that Mourinho’s vocabulary is usually both seemingly superfluous and astoundingly accurate, but surely the perfect player would have a great game every week?

“He has no problems physically, it’s more psychological for him – he’s a great character and a great personality.”

A famously hands-on man-manager, Mourinho rarely has trouble keeping players psychologically motivated. However, one area of uncertainty was using statistics like those provided by the miCoach were a sure-fire way of discussing performance.

“When it comes to motivating players, you want to give them positive feedback with negative feedback, and numbers and statistics let you do this. But at the same time you know that some numbers are out of context, and some statistics are” Mourinho paused for half a second, placing his hands back in his pockets “unacceptable” simmered the coach, as if the concept of maths itself had let him down. 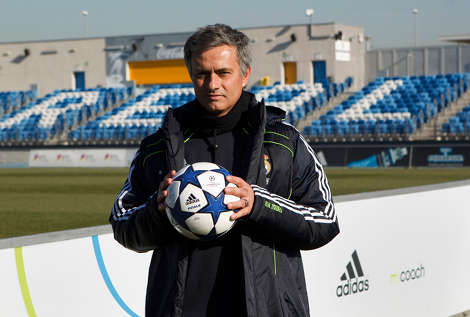 “We have control of every single factor, over kit, football statistics and now physical statistics we have data on absolutely everything.” continues Mourinho, offering a glimpse into the seemingly Orwellian volume of data afforded to coaching staff at Real, but when it comes to how a match has gone, like all good mavericks, Mourinho relies on his gut:

“I analyse a game with a different perspective, I have equipment [like the miCoach] out of curiosity – to monitor the numbers of the players, not for a match.”

Want to find out who the fittest players Mourinho has ever coached are? Check out the next part of our exclusive interview!

Written By
Kyle Elliot
More from Kyle Elliot
Ever wondered what proportion of footballers in The Premier League are home...
Read More