It’s very rare that we see a manager debut a new football boot colourway; but if there was any gaffer that was going to do it, it was always going to be Jose Mourinho. 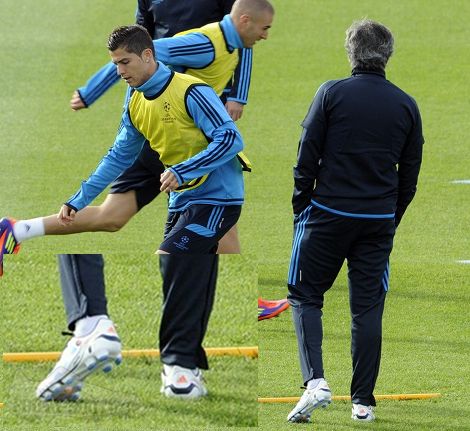 The Special One took to the training pitch at Real Madrid’s Valdebebas training complex to show off the all-new adiPower Predator – White / Cyan / Warning as he presided over the latest Los Blancos warm-up.

Mourinho has often been spotted in interesting Predator colourways in the past, with the 3-times Champions League-winning Supremo having favoured the likes of the Black/Cyan and Black-out Predator_X’s in the past it’s fair to say he’s something of a Predator football boot aficionado! 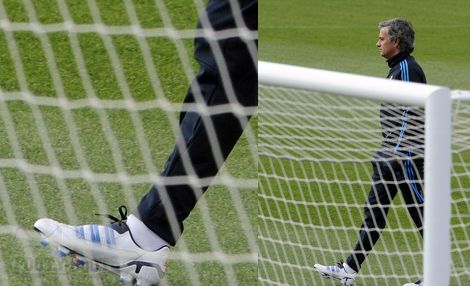 The' adiPower Predator – White / Cyan / Warning is expected to be the ‘secondary’ colourway to the new Black/Warning Preds (that Footy-Boots.com had an exclusive first look at last month) and won’t receive as much on-pitch attention as it’s counterpart, so it’s good to see Jose reppin’ them already!

We’ve got to say, we love the crisp, clean look of the adiPower Predator – White / Cyan / Warning and can’t wait to share the full reveal with you over the next few weeks!

What are your first impressions of the latest adiPower fotoball boot colourway from adidas?