After previously extolling the virtues of the prolific Cristiano Ronaldo, the Setbal native clarified that it’s not just outstanding physical ability or conditioning that make a fit player; 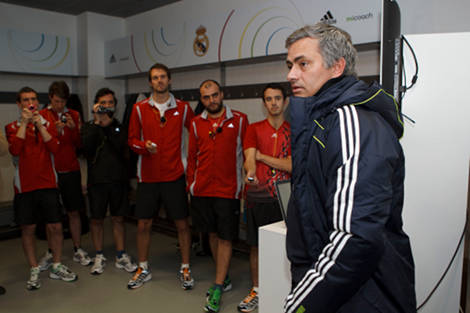 “At Chelsea I worked with Frank Lampard, in 3 and a half years together he missed one match, he beats all the records in English competition, which is a very physical competition and he missed one match because he was ill, against Manchester City, I remember it was in the Christmas period.” Mourinho recalls with the sort of effortless memory that stems from someone who genuinely cares about the subject of conversation – instantly making the married men in the room feel a little more guilty for forgetting their spouses last birthday/anniversary.

“Was he the fastest one? He wasn’t. But he had an incredible resistance to the [physicality] of the competition and was very, very strong; an absolute super athlete!”

Mourinho continued; “I can go to Inter Milan and find [Javier] Zanetti, who at 37 years old was – and still is – playing every match becoming a European champion at 37. His wife used to joke “When he doesn’t have to get up to go for training, he gets up to go outside and run. These kind of characters, Lampards, Zanettis & Ronaldos it’s dedication to fitness that makes them very strong.” 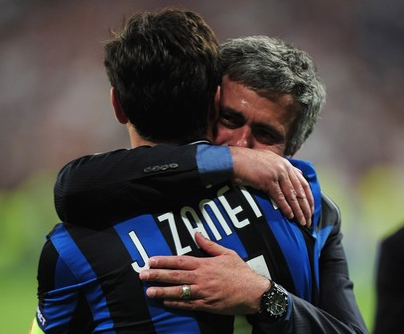 Despite being just 47, the ‘Special One’ has a vast wealth of experience to draw upon when preparing his teams for competition across Europe. Famous for winning titles in the Portuguese, English and Italian Leagues, Mourinho now knows how to train his Real Madrid squad against certain opposition.

“In England, the game is much more physical, with more challenges in the air. In Italy there’s less space to play and less direct and the Spanish league is the fastest one, not because they play direct, but because of the skill and qualities of some of the players.”

“Across the leagues, when preparing players, you have to adapt to the cultural footballing issues.”

But before we can syphon any more insight from the master tactician, our time is drawn to a close and the Real Madrid coach has to start a very special training session – one with us! 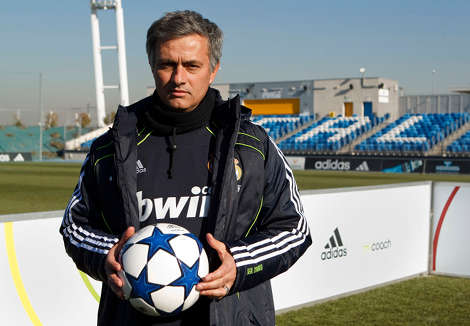 Find out what happened when Footy-Boots.com got whipped into shape at the Valdebebas with the Special One next week!

For more information on the miCoach plan, head over to miCoach.com – it’s free to sign up and works with your smart phone!

Written By
Kyle Elliot
More from Kyle Elliot
Football's most colourful character has smartened up his boots with some colourful...
Read More