Nobody does charisma like Jos'© Mourinho. Rather than settling into a chair, hiding behind a translator or a handler, the Real Madrid supremo arrives into the changing rooms amid a flurry of activity. He then personally shakes the hand of all two dozen people in the Valdebebas changing room, greeting us with an assured smile and affixed eye-contact. 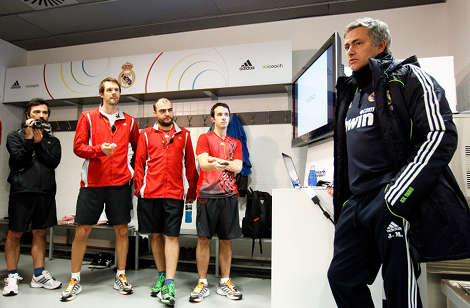 Today, we’ve been invited to talk about the adidas miCoach Circles training aid and see what a genuinely World Class coach makes of the latest device to come out of Herzogenaurach. The Portuguese ‘Special One’ takes little time in identifying where he thinks the miCoach would be best used.

“The Winter break! I hope adidas can give me a device for every player in Real Madrid – I can then stay at home with my family and make sure all my players are still keeping fit!” Mourinho leaves a seconds gap to allow himself a wry smile before continuing;

“As a coach or a player, having a device that takes into account age, heart rate or special needs is not just for fitness, it can help prevent injuries and keep players playing longer. After every training we make sure that every player is up to date with their personal plan.” 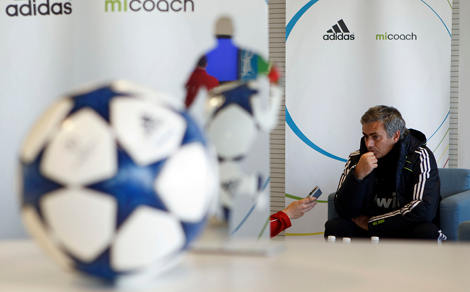 Despite being a relatively young manager, Mourinho has had a privileged footballing education; dissatisfied with his own playing abilities, Mourinho hung up his football boots and opted to work on the coaching side of things.

Using his linguistic prowess to translate for Sir Bobby Robson at Sporting, Porto and Barcelona, the now-two-time-treble-winner was privy to Robson’s managerial style during the early 1990’s, and has watched the game he loves develop at a staggering pace since then.

“Football is changing” Mourinho begins to muse, hands in pockets “Some years ago football was a game of 90 minutes, then it became a 5000m run in 90 minutes. Now the games seems to be a sprint for every player for 90 minutes, everything is fast.” 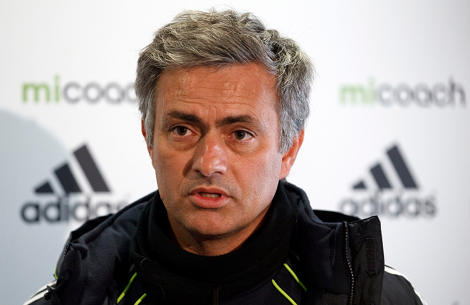 Having coached some of the best wingers and paciest frontmen ever to grace a football pitch, Mourinho cites the blinding speed at which players compete as the reason why new fitness conditioning and and player tracking technology are vital to the modern game.

“When it comes to fitness, something I believe is core with modern football is pace – things are very, very fast now and if you’re not fast – not just in your legs but in the connection between your brain and your legs – you’re in trouble!”

Want to know if Jos'© Mourinho thinks Cristiano Ronaldo could do with training more? Head to Part Two!