After training in them since mid-February, Liverpool midfielder Jordan Henderson turned a fair few heads this weekend as he turned out against Arsenal wearing the Nike CTR360 II – Loyal Blue / White / Orange instead of his customary Umbro Geometra. 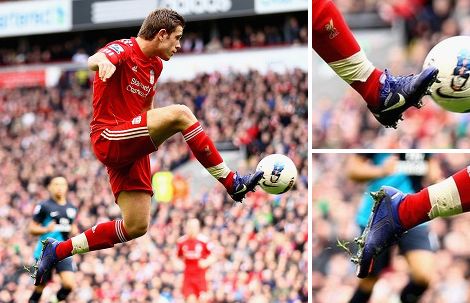 Whilst we’d love to bring you another Clint Dempsey-esque medical explanation, or even a John Terry ‘boots-in-transit’ fiasco as reason for the England Under-21 star’s switch – the answer in Henderson’s case is far more simple.

According to an official statement from Umbro:

“Jordan’s contract with Umbro recently expired.  We thank him for the support he gave our brand and wish him all the best in his playing career.”

A perfect example of Occam’s Razor in full effect!

The former Sunderland midfielder has been a long-time Umbro wearer, having forged his career at Umbro-sponsored Sunderland wearing the Speciali. 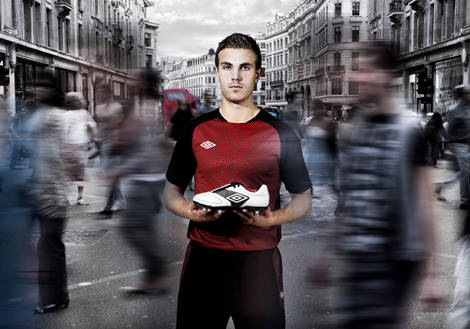 From there, the youngster’s versatility and creativity in the middle of the park earned him the chance to be poster-boy for Umbro’s newest silo – the control-centric Umbro Geometra – and also a part in the campaign behind the 2011 incarnation of the England Home Shirt.

Whilst it’s still unconfirmed whether Henderson has put pen-to-paper with Nike, a deal looks like it has been done – at least at an informal level – as Henderson’s CTR360 II’s feature bespoke embroidery and an Elite SG soleplate; features unavailable to the average consumer!

Do you think Nike are a good fit for Henderson? Or should he have stuck with Umbro?

Thanks to Paul Thomas, Elliott Callender and J Sanguanbanetti for emailing in their spots of Henderson in over the past few weeks!

Written By
Kyle Elliot
More from Kyle Elliot
Nike put the Selecao stars in the spotlight as we get to...
Read More