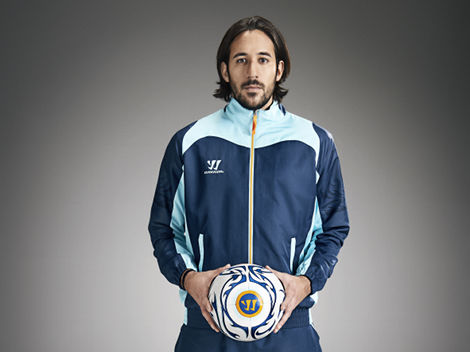 Best known for his superhero-inspired goal celebrations, the 29-year-old enjoyed success at Vélez Sarsfield and Real Mallorca before landing at St James’ Park in 2008. Hailed by former coach Diego Maradona as an integral part of the Argentine national side, Gutiérrez made a number of key appearances at the 2010 FIFA World Cup.

Now with Warrior, the Magpies stalwart has added a new dimension to his game, dominating the Premier League pitch in Skreamer Pro boots from the brand’s debut football boot line, Skreamer.

“I love the Skreamer Pro; it feels light, fast and gives me added power,” said Gutiérrez.

“I first heard about Warrior when the brand launched into football earlier this year and was always keen to learn more about what it stood for. I respect Warrior’s willingness to change the game’s landscape and the confidence that comes with that. The brand may be new to the sport of football but it’s here for the long haul,” he said.

Formerly a long-time Umbro man, Gutierrez is one of the few Umbro players who won’t be moving to parent company Nike.

We imagine this is because Jonas has been out of contract for a little while – as we’ve seen him training in Warrior Boots as far back as October.

Following on from the signing of Everton powerhouse Marouane Fellaini earlier this month, it’s certainly a good time to be a Warrior fan – we can’t wait to find out who is going to be next, as Warrior assure us they’re not done yet…