Joma continue their solid last eighteen months with a brand new look for the Super Copa Speed as we head towards the end of the season – officially designated as Blue / White / Black / Orange.

Despite changing what each of their boots is actually designed designed to be every 3-5 business days (see the N10, Aguila, Propulsion, Super Copa), the Joma Super Copa Speed actually seems to have carved out a decent little niche for itself in the market. 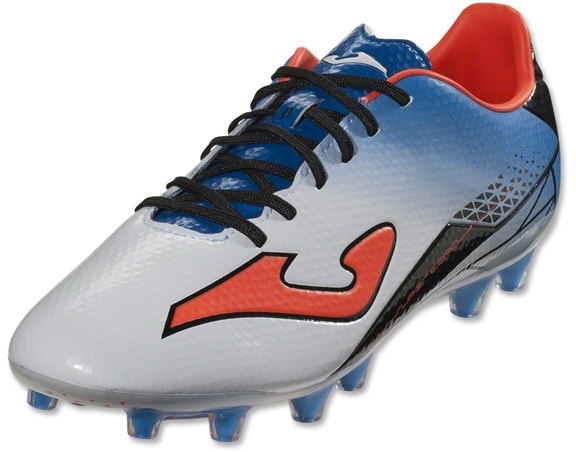 At a wallet-friendly $74.99, the Joma Super Copa Speed is one of Joma’s statement level boots – meaning this is one of the best boots they make – and it costs less than many other brands’ ‘takedown’ models.

What does that price get you? Well, the upper is an ultralight, single piece microfire for an accommodating, flexible fit.

A central lacing system also means a lockdown fit right through the middle of the foot, whilst a soft inner lining and low-profile tongue add comfort and stability. 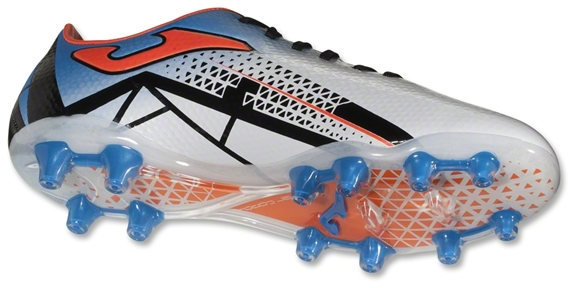 Speaking of stability, Joma bring across the stud pattern that has served them well over the last few generations of their football boots, and made some modifications.

Cast here in polyurethane with dual-density enforcement, the Joma Super Copa delivers solid traction on a variety of surfaces, and helps keep the weight just over than 200g mark. 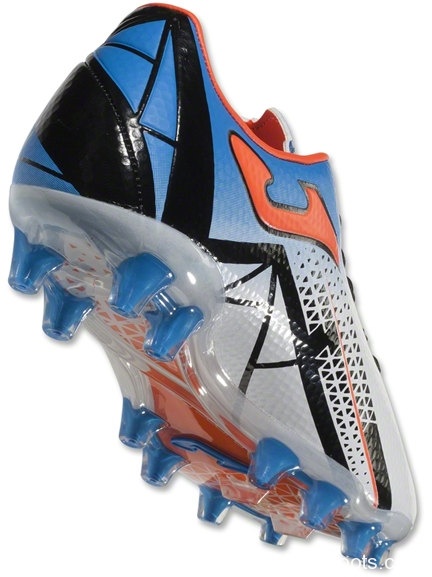 Whilst still shy of the ultra-light football boots we’ve seen hit the market lately, there’s definitely a lot of appeal in the Joma Super Copa Speed, especially in this smart new colourway.

For $74.99, would you take a chance on a pair of these football boots?

Written By
Kyle Elliot
More from Kyle Elliot
We catalogue 50 years of kit history, with our favourite of Umbro's...
Read More