Joma have once again continued their habit of confusingly-messaged releases with the addition of the Joma Propulsion 3.0 to their range of cleats.

A football boot that was actually released ahead of the World Cup, this is actually the first time we’re featuring the Joma Propulsion here on Footy-Boots.com.

Billed as a speed boot, the Joma Propulsion 3.0 certainly follows many of the tropes associated with the ‘speed’ style of design, with a single-piece TPU outsole and micro-fibre upper. 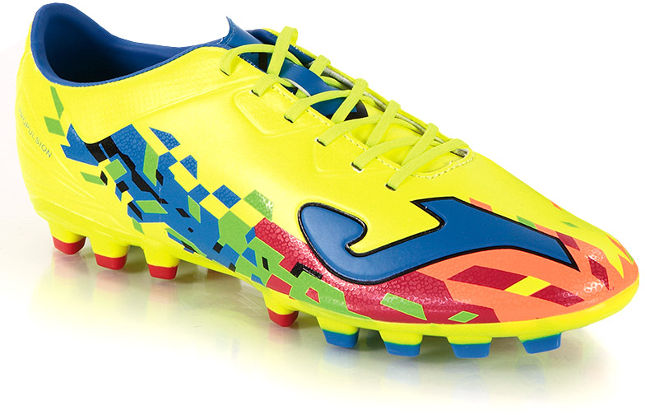 However, in terms of Joma’s stable of boots, the Propulsion 3.0 is actually almost 30 grammes heavier than the Super Copa Speed, at around 245g per shoe.

Still, the Joma Propulsion 3.0 does pack an element of control within it’s design.

A single-piece upper allows for a mouldable, sock-like fit, and the central lacing system pulls the instep of the boot tight for precise passing an ball-feel. 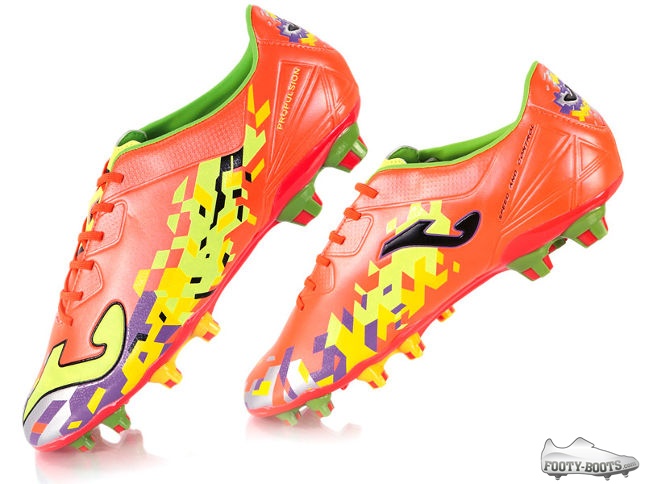 Joma’s big advantage on their range of football boots is the price point.

Both the Propulsion and Super Copa sit around the £70 price point, making their top-tier models cheaper than many of Nike and adidas’ take-downs.

Joma also offer a great range of soleplates for their cleats, too, with the Propulsion 3.0 available in FG, SG and AG models without any crazy leaps in price. 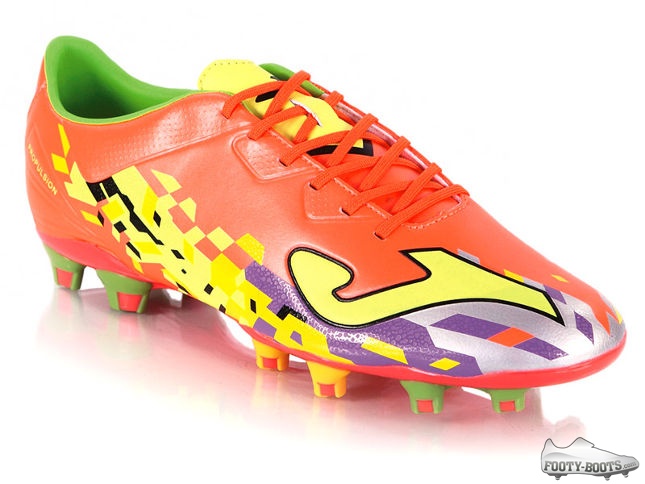 Not to mention, the World Cup Colourway (Orange) and high-vis Yellow for the new season are pretty snazzy if you like that in your football boots.

The bold colours are imminently likeable, however, we do feel that the graphic print will have a clear love it/hate it divide when it comes to boot fans.

With an affordable price-point and a fairly industry-standard featureset, does the Joma Propulsion 3.0 tick all the boxes for you?

Written By
Kyle Elliot
More from Kyle Elliot
Which Nike stars will be wearing the Mercurial Vapor IX in this...
Read More