Our second Joma feature in as many days, the Spanish brand are gearing up for the new season in style with the release of the Joma Power. 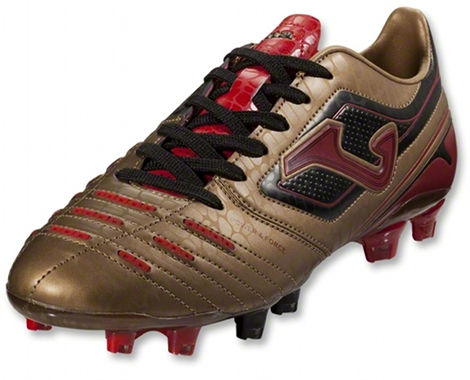 No prizes for anyone that guesses this is Joma’s take on the power category currently dominated by the Puma PowerCat, Nike Laser, Mizuno Wave Ignitus and – of course – the adidas Predator.

The Joma Power aims to bring together a lot of good ideas from around the market into one lightweight boot, that is also easy on the ol’ bank balance – sounds interesting, right?

Launching in a variety of striking colourways, including the Gold/Red/Black, PowerCat-esque Black/Lime/White and adiPower-aping Royal/Fluo Lime, the Joma Power is a distinct departure from the understated look of boots like the Total Fit and N10 and is aimed at players who like to stand out on the pitch.

As the name suggests, the key features on the Joma Power are shot and pass-enhancing features that aim to add a little more zip to your game.

The instep pass zone takes a lot of inspiration from the Nike Bomba Finale, providing a flexible, yet consistant, area to play the ball from, whilst the striking zones on the forefoot vamp work like those on the PowerCat 1.12 – offering firm contact on the ball, without dominating the boot and restricting movement.

As a company that has always provided top-quality leather football boots, the  Joma Power offers something of a change of pace with the upper rendered entirely in performance synthetic microfibre. 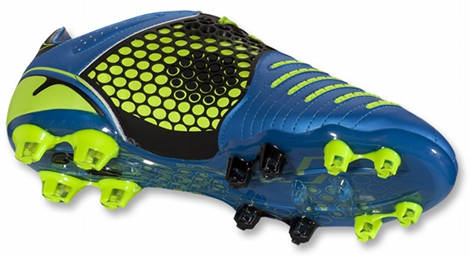 The outsole is hard-wearing TPU, with an EVA-cushioned insole for comfort – and a stud configuration that will seem very familiar to Joma boot fans.

And as all this is packed into a boot that weight 243g or 8.6oz, it’s hard to begrudge the Joma Power’s feature-set.

The best part? Arguably, that would be the price-tag!

At $59.99 in the US and – for some reason – £69.99 in the UK, the Joma Power is definitely a great-value boot on the surface, and would be a great choice for any player looking for a top-end boot that won’t break that bank.

That’s our take – but what’s yours?

Written By
Kyle Elliot
More from Kyle Elliot
The Weekend Review focuses on the return of the golden oldies, and...
Read More