As a brand renowned for soft, supple, single-piece leather uppers, Joma’s latest football boots will come as something of a shock to their long-time fans as they re-invent the classic Numero 10 into the new Joma N10!

Having already been spotted on the feet of Frederic Kanoute and Benfica striker Nolito since December, we knew that Joma had something in the pipeline.

But with the official reveal of the Joma N10, we finally get a proper look at the Spanish brand’s entry into the in-fashion ‘control’ category.

With a design that seems to take more than a few ques from the Nike CTR series, the Joma N10 looks right at home when compared to the likes of the current CTR360 II and Umbro Geometra, with an instep pass-pad dominating the design. 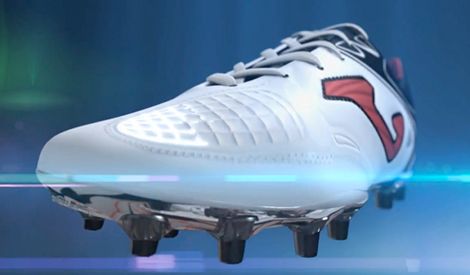 The ‘Control Effect’ padding around the toe is designed to offer a suction-cup like effect on the ball, allowing players to bring the ball under their spell with one touch, before moving the ball on with that generous instep.

Designed to work like a mesh, the synthetic padding of the Joma N10‘s passing zone offers and unprecedented level of fit; moving with the players foot for optimal ball feel. 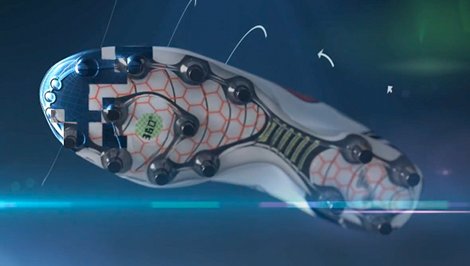 Joma have worked with their stable of players in the design of the Joma N10; the result is a boot with a more supportive fit than any that has gone before, using an internal buttressing system in the heel. This locks the rear of the foot in place whilst moving with the natural elasticity of the Achilles’ tendon.

Also returning is the Joma 360-degree soleplate and Pulsor system, which provide a more secure platform whilst turning and distributes the pressures of the game throughout the foot, helping to prevent injury and maximise energy output 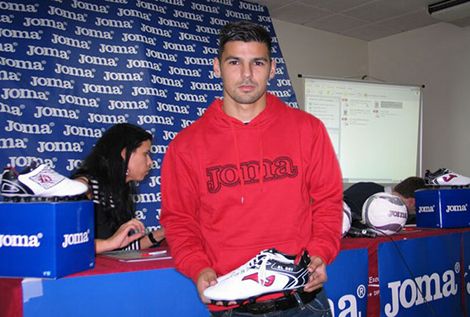 Benfica’s Nolito with his new cleats of choice.

We’d love to lay into the Joma N10 for being an uninspiring CTR-clone, but with a price-tag of £60 / $95, these football boots are more than half the price of their competitors – which can only be a good thing as far as we’re concerned!

Expect to see the Joma N10 on the feet of Frederick Kanoute, Pepe Reina and Nolito and in stores from mid-February.