Joma are a brand that seems to have moved in fits and starts in the boot world over the last few seasons. One of the smaller, true-to-their roots brands, Joma have always been known for quality product, but the message is always somewhat harder to follow.

Boot updates seem to come seemingly whenever they feel like it (usually with minimal changes), whilst silos like the N10 and Joma Power are rolled out at random, with little-to-no fanfare or support (we’re sure it’s different in Spain, mind.).

So, we’re pretty pleased that the Spanish brand have managed to get all their ducks in a line, so to speak, and give all their boots a fresh starting point for the new season – let’s take a look at what’s coming out of Toledo in 2013-14, shall we?

One of the longest-running names in Joma’s line-up, the Aguila has always been something of the ugly duckking of the Joma family.

Straddling the line of a classic like the Lotto Stadio and a modern-heritage boot with frequent updates, the Aguila was a boot that looked like it was designed in the 90’s and someone had accidentally left the machine that produced them on for the last twenty years. 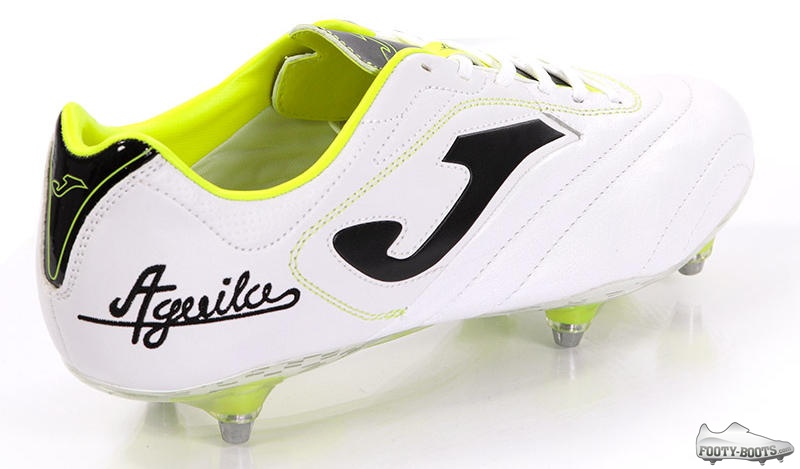 But, like all ugly ducklings, the Aguila has come good in time in a big way. A more formed shape, K-Leather upper and removal of the anachronistic tongue give the 2013 Joma Aguila Pro' the sort of look and feel that could see it seriously challenge the likes of the adiPures and Tiempos of the world.

Love the throwback stitching on the heel, too. 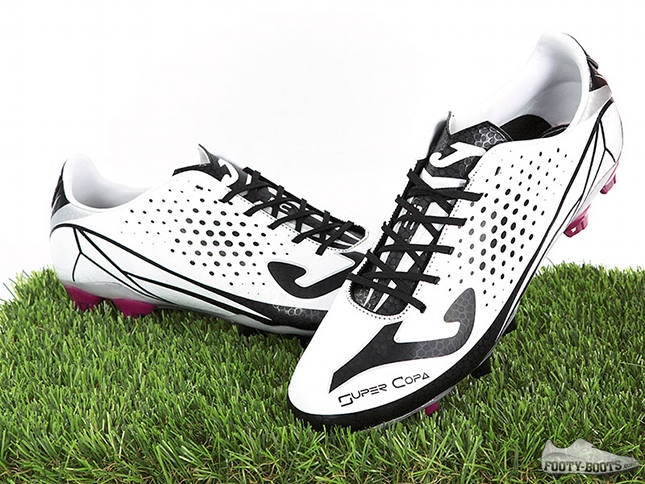 Building on the platform set out by the Totalfit, the shape and studs of the Joma Super Copa Speed probably seem pretty familiar to long time fans of the brand.

However, as this is the lightest boot in the Joma 2013-14 line-up, the Spanish brand have diverted from their normally-leather-based design to incorporate a lightweight synthetic.

But, as this is Joma we’re talking about, you know they didn’t just slap any old synthetic on there! A newly-developed Fibratec has been stress-tested for durability in all conditions, and a special textured coating across the upper brings a natural feel to the upper, too. 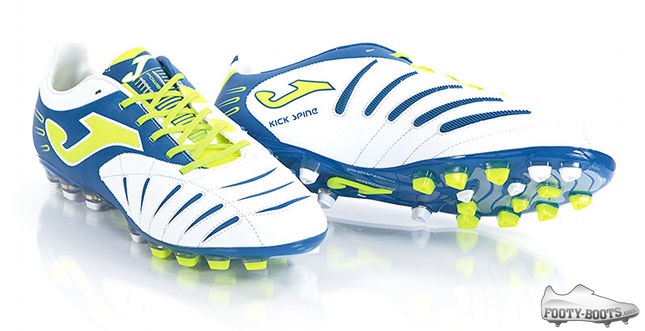 We had a lot of time for the original Joma Power when it launched last August; despite liberally ‘borrowing’ ideas and colourways from some of the other boots on the market, Joma set the Power’s pricetag at $59.99 in the US – giving some top-end features at an entry-level price.

On the 2013 Power, however, it seems Joma have found their feet with their newest silo a little better, giving the boot a look that’s all it’s own and a great feature-set. 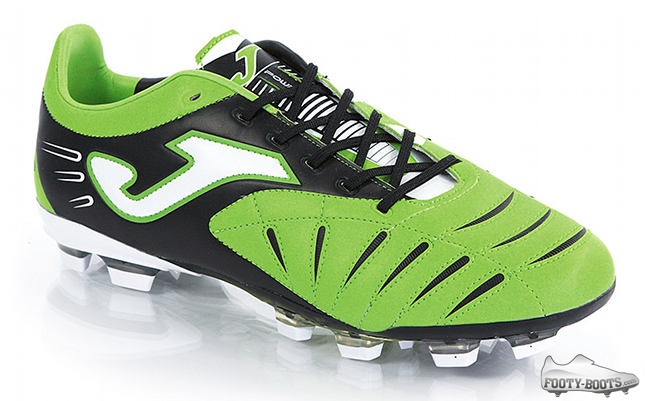 The ‘Kick-Spine’ of high-rebound and finned zones occupies the forefoot, with matching elements on the toes and lateral side of the boot, whilst a re-enforced soleplate ensures optimum energy transfer when striking. If Joma can again price this version of the Power right, they might have another fan-favourite on their hands.

So, that rounds up a look at the upcoming releases from Joma. Now they have a distinct, three-silo range, Joma could mount a serious push in the coming months, especially with a strong foothold in Spain.

As long as they keep this structured message behind each boot, we can’t see anything wrong in their line-up.

But what do you guys think? Let us know in the comments!