Joey Barton has always carried a reputation as being one of football’s most colourful characters, and it seems the Queens Park Rangers midfielder has taken that title to the next level with an eye-catching customisation for his adidas Nitrocharges.

Barton put in a man-of-the-match shift against Birmingham, whipping in a delightful set-piece for Charlie Austin to clinch the winner.

And whilst the performance was outstanding, that was nothing on the former Manchester City man’s shoelaces! 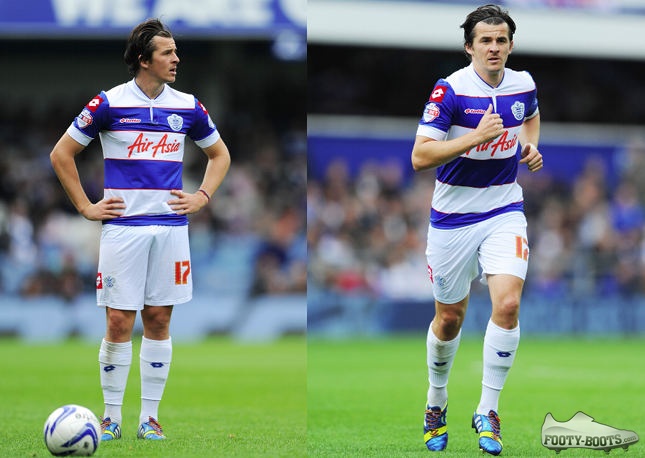 Taking to Twitter after the match, Barton showed off his special boots, saying he’d been doing some ‘special testing’, with the hashtag ‘#RBGF’.

Now, when Joey Barton tests something, we know it’s usually something pretty big; the midfielder has often let slip on some high-profile products in the past, including the Puma PowerCat 1.12 and the 2012 Umbro England home shirt.

But clearly the ex-Newcastle United man has been given free reign to tweet his unusual choice of football boot customisation – leading us to think this isn’t your run-of-the-mill product launch.

Clearly hoping to draw attention to his laces, we can only speculate that Barton is trailblaxing a campaign, so by next week he may not be the only player we see wearing these unusual laces!

A follow-up tweet from Barton says he’ll be revealing where players can get the laces and why they should be wearing them first thing tomorrow – so be sure to watch this space and find out!

Written By
Kyle Elliot
More from Kyle Elliot
Could you be a the Coach or Referee that your local game...
Read More