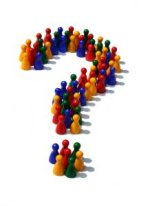 Chelsea left back Wayne Bridge could be one of the first big names on the move. The England defender is apparently a target of Manchester City who are considering a bid of around £8 million.

The price could suit Blues coach Luiz Felipe Scolari who’s been told he must first sell if he wishes to buy over the next month. City are also talking to Blackburn Rovers about Roque Santa Cruz and David Villa’s agent is reportedly flying to Manchester to continue talks about the future of the Spanish striker, currently at Valencia.

Another England international being talked about is Michael Owen.

Although he’s stated that he will be remaining at Newcastle United until the end of the season, it’s understood that the striker is potentially wanted by Jose Mourinho at Inter Milan. Across the city, AC Milan are thought to be interested in William Gallas, a move that could see Arsene Wenger approaching West Ham to buy back Matthew Upson.

Aston Villa are known to want Jermain Defoe but are putting a back up plan in place with Darren Bent’s name in the frame. Meanwhile Liverpool are keen on Portsmouth defender Glen Johnson and could offer as much as £10 million.

Stewart Downing is a target for Spurs though the Boro manager Gareth Southgate is adamant the England winger isn’t moving anywhere while Nicky Butt is on Wigan’s radar.

Possibly moving away from the Premier League are Jermaine Jenas who’s believed to be wanted by Real Madrid as is Wigan’s Antonio Valencia.

Written By
Felipe
More from Felipe
Joma return after a lengthy absence with a new 'Control' boot -...
Read More