Real Madrid’s new signing James Rodriguez kicked off his career at the Bernabeu in some style last night, opening the scoring in a customised pair of gold adidas f50 adiZero football boots.

For those not in the know, Rodriguez’s stylish new cleats were handed over last week to the star by adidas to mark his title as Golden Boot winner for the 2014 World Cup.

Rodriguez won many fans for his performances in Brazil, helping his Colombia team to the quarter-finals and helping himself to five goals. 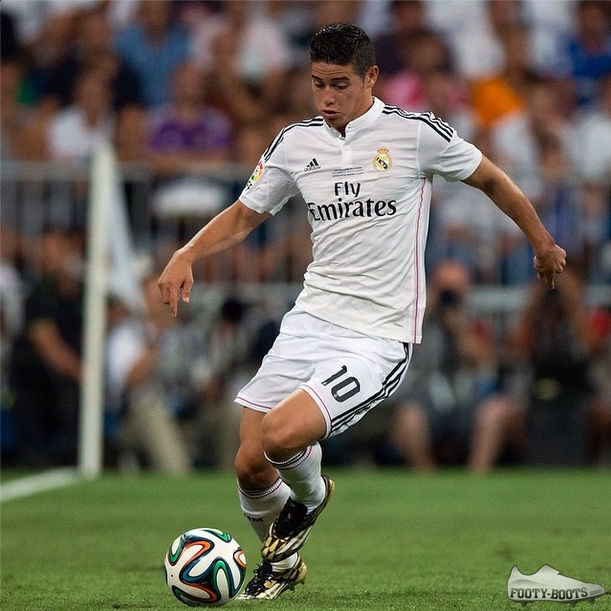 Whilst no-where near as spectacular as that volley, it’s a goal we’re sure is every bit as memorable for the former AS Monaco man.

It was our understanding that the miadidas football boots Rodriguez wore last night were purely a token and not meant to see any official game-time. 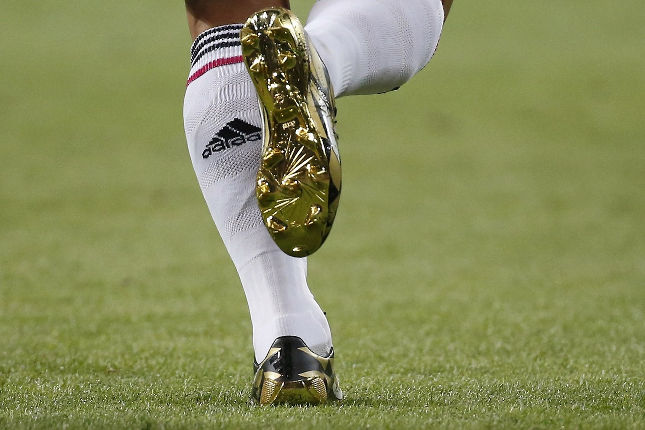 But with a Bernabeu debut to be made and a new chapter to be written, we’d like to think James couldn’t resist taking his new football boots out for a spin.

We’re sure adidas didn’t mind one bit, though, as the youngster’s new football boots made their mark in Real Madrid history and grabbed a second round of exposure, following the boot’s reveal last week.

Is this the first goal of many for Rodriguez at Real? And more importantly, are these the first of many custom boots for the forward?

We could definitely see an adidas football x JR10 line in the future!