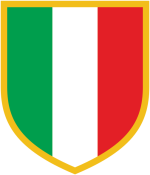 Football in Italy is set for a major shake up after it was announced that the top division is to form a new league.

Unable to reach agreement over money, Serie A is to split from Serie B to set up Lega Calcio Serie A.

The move, which mirrors the formation of the English Premier League in 1992, is designed to close the financial gap on England’s leading clubs. It’s also hoped that the new league will allow Italian teams to become more competitive in Europe.

The Premier League is the richest in the world and has had three teams in the semi-finals of the Champions League for the last two seasons.

We have created a new league for Serie A. This time it’s for real. I’m not happy but it was necessary.

The move leaves Serie B facing an uncertain future.

The second-tier division did not have a television agreement last season and only struck a new one shortly before the start of the current campaign, while many clubs in the division have recently experienced financial problems.

Written By
Felipe
More from Felipe
Following his hat trick in Croatia, Footy Boots 'gives it up' for...
Read More