When it comes to the famous Azzurri shirt, you always expect Puma always pull out all the stops, and the Italy Home Shirt 2012-2013 is certainly no disappointment. 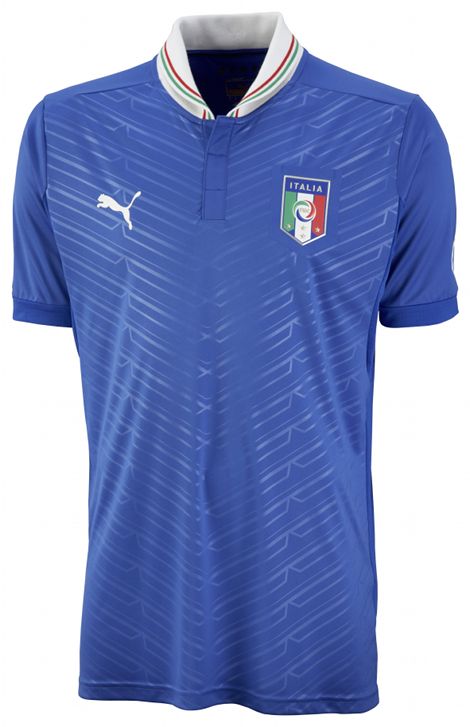 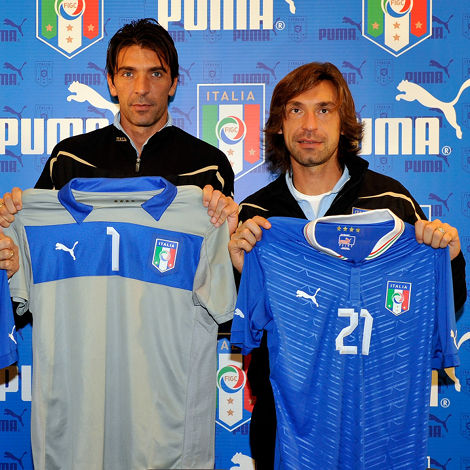 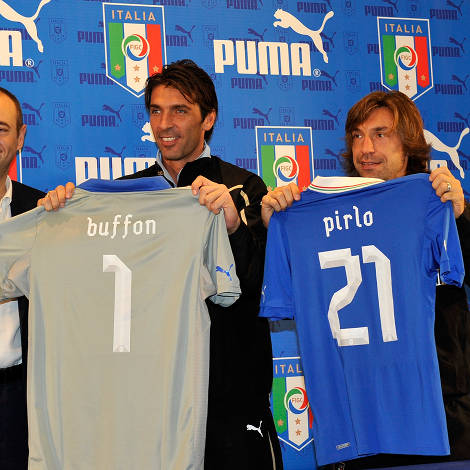 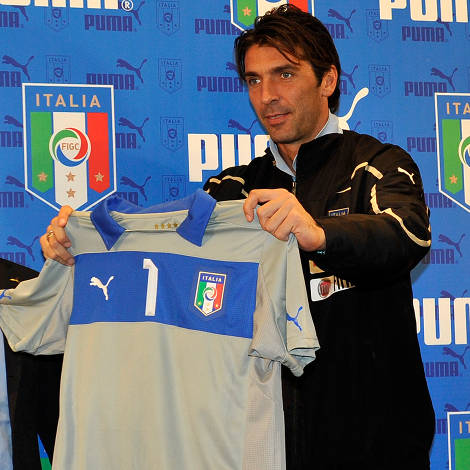 Rocking a completely unique retro-woven collar, the new' Italy Home Shirt 2012-2013 is certainly a band apart from most other football shirts on the market.

Puma say the woven-look, flat knit, rib collar ‘adds a bit of retro styling to this modern, fast-forward design’, and to celebrate the 150th anniversary of the unification of Italy, the collar has been personalized with the Ĺ›tricoloreĹĄ, the three colours of the Italian flag – perfect for patriotic Italians!

The Italy Home Shirt 2012-2013 boasts four stars, representing the four FIFA World Cup victories the Azzurri have enjoyed in their history, the official FIGC badge and a classic vintage styling.'  The slim fit shirt has a 3D graphic embossed print and a welded patch pocket and a 4-way stretch underarm panel, cuffs, and back mesh to enhance freedom of movement.

The Italian National Team will wear the Italy Home Shirt 2012-2013 for the first time against Uruguay in Rome, a game that will mark the 150th anniversary of the Unification of Italy, and in the lead up to and during The 2012 UEFA European Football Championship in Poland and Ukraine.

What do you reckon to this retro-inspired kit?

Let us know in the commments!

Written By
Ramsay
More from Ramsay
New Balance has got your back when it comes to the 'much-needed'...
Read More