Real Madrid star Isco is the latest player to give us a look at what could potentially be the next generation of Hypervenom, as the Spaniard took to the training pitch at the Valdebebas in a blacked-out pair of football boots.

One of the first players to adopt the current generation of Hypervenom Phantom, it only makes sense that Isco is trialling the next big innovation to come out of the Nike design lab.

So, what clues can we find as to what the next generation Hypervenom will be about? 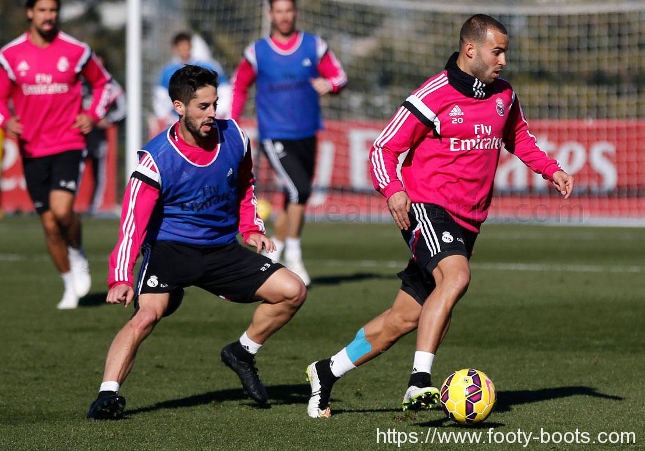 Well, no amount of black paint in the world can disguise the fact that Nike seem to hhave worked the Dynamic Fit Collar onto this edition of the Hypervenom, bringing it in line with the Magista Obra and the Mercurial Superfly.

We’d hazard a guess, then, that the Hypervenom Phantom will join the Vapor X and Magista Opus as the ‘statement’ boots without Flyknit, whilst a new model will sit at the top of the pile.

No confirmed names just yet, but the ‘Nike Hypervenom Phinish‘ is one moniker that has been touted. 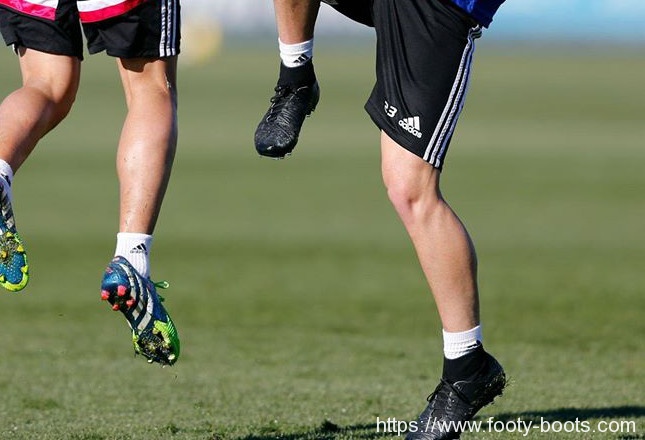 This second shot shows that the new Nike Hypervenom boasts side-offset lacing and Brio cables akin to those on the Superfly. These will undoubtedly have caused the Nike design to approach the boots in a fresh way, given that the Obra and Superfly both have central lacing systems.

As for the upper, it looks fairly matte, with the suspension bridge-style Brio cables helping divide the upper into segments.

Definitely different to the striking NikeSkin upper that has defined the Hypervenom Phantom for the last eighteen months, we’re sure Nike have plans afoot to make sure that this new generation of Hypervenom is as eye-catching as the current one.

Thoughts on this unreleased football boot?

Written By
Kyle Elliot
More from Kyle Elliot
The Double-Diamond let loose with their most expressive football boots to date...
Read More