A treble-winning season with Porto, a well-deserved return to the international fold for Brazil and becoming the face of the new Mizuno Morelia Neo – it’s fair to say that the last 12 months have been just a bit good for Givanildo Vieira de Souza – aka FC Porto’s Hulk.

And with the Mizuno Morelia Neo now officially on store shelves across Europe, now seems like as good time to grab a few words with one of the most desirable strikers in Europe! Want to know what Hulk thinkg about boots, goals and making history? Read – and watch – on to find out!

What do you look for in a football boot?

I believe the football boots help the player a lot. But it wouldn’t be of any use to be light if they weren’t comfortable. I’ve used Mizuno football boots for a long time and I like them because they are light, but also comfortable. You can put them on when they are brand new and start playing with them right away in a match and they don’t hurt your feet. They fit like a glove. So the main thing is that they are comfortable besides being light.

What do you like most about the new Morelia Neo football boots?

What is the most important attribute that you need in football?

Quality is a must. But you must always keep your head on your shoulders and above all have humility. Knowing how to receive compliments and criticisms and continue working to be able to be the best.

What was your best goal last season?

There were several important goals, for me and my club. But the most outstanding one was during a European Champions League match in Turkey against Besiktas when there were only 10 players in our team. During the second half I managed to score our third goal, my second goal of that match.

All the Besiktas fans in the stadium got up and started applauding me and that is rewarding and I will always remember it.

For me the entire season was outstanding. We were able to accomplish several historic achievements that year. We became champions without ever losing a match in the Portuguese Championship.

We were able to win the Europa League and I managed to be the top scorer in the Portuguese Championship. So for me it was a remarkable year and I hope to continue working like that in the future. 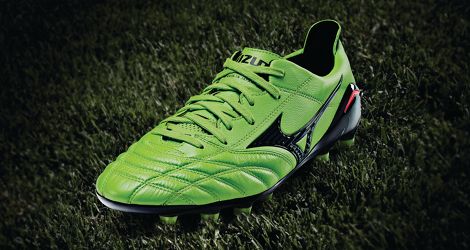 Who has been your biggest inspiration growing up?

I believe my biggest source of inspiration was my dad. He used to play football, he didn’t become a professional football player, but he played on Sundays and I would always go with him. He really was a source of inspiration for me. I really loved football, thank God I became a professional football player and I was able to win.

Why do you think Brazil have been so good at football over the years?

What advice would you give a youngster wanting to be a footballer?

They must do their best, be very committed, work hard, listen to the advice of those who are really going to help him out and they must continue working. However, more important than the job you have is the man you are.

What has been your biggest achievement outside of football?

It was when I started playing football professionally in Vitória. I was 16 and I managed to buy my mother her first house – it was my first achievement. I come from a poor family, a humble family, and I was fortunate enough to be able to buy my mum a house. That’s my first memory of football.

What has been your most outstanding moment in football?

The most outstanding moment was the trophies we have won, collectively and individually. My best moment last year was at the Luz football stadium (Benfica’s stadium) where I scored the winning goal that secured us the Portuguese Championship. That was the highlight of last year.

Apart from football which other sport would you like to have been a professional?

Besides football I like to watch other sport like Formula 1, basketball and volleyball. Whenever I have the chance, I watch those sports. But apart from football it’s difficult to choose one, because ever since I was a small kid I was always passionate about football. So I can’t really imagine myself doing anything else for a living other than playing football.

Written By
Kyle Elliot
More from Kyle Elliot
Tom Cleverly and Danny Welbeck give us the inside track on their...
Read More