We got the chance to have a chat with Sunderland’s Anton Ferdinand earlier this week – who’s currently over in South Africa as a correspondent for Nike, read on to find out what Anton’s been up to, what he thinks of the tournament so far – and most importantly – what he’s got on his feet!

We’ve been following your trip to South Africa on the Nike Facebook page – but for those who haven’t, could you tell them what you’re up to over there?

Sure, Nike ran a competition called ‘Take the Stage’, where people auditioned to come out to South Africa and then report back to everyone in the UK over Twitter and Facebook. Richie won that, so now it’s Me, Richie and Tinchy Stryder travelling around South Africa taking in the World Cup. 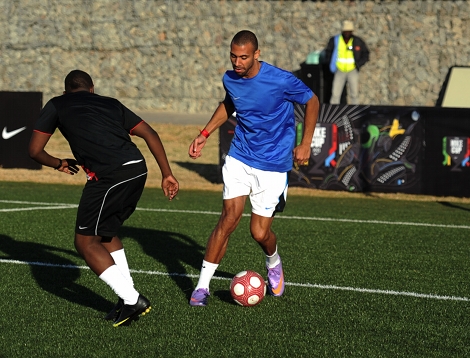 Everyone talks about the great atmosphere at this World Cup, as you’ve been driving around the whole Country, how’s it been for you?

It’s different! Definitely a carnival atmosphere – everyone over here is seriously happy to have the World Cup in Africa. I think the atmosphere comes from the way people celebrate and watch football over here, it’s their culture!

One of the places you’ve been to on your trip is the Nike Training Centre at Soweto – what do you think of the set-up there?

Unbelieveable! The quality of the centre is actually better than the training grounds of some Premier League clubs!

It’s so important that these kids have somewhere to be proud of, that they can play football and learn about the dangers of AIDS 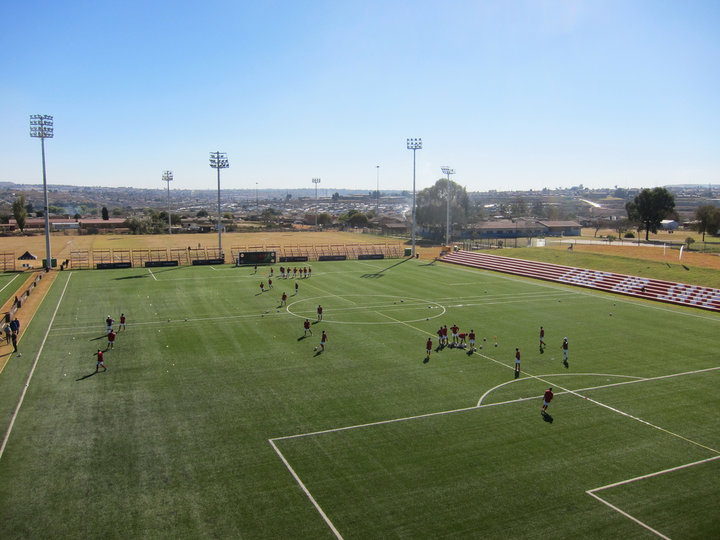 Nike have been very proactive with their Anti-AIDS agenda, such as Product (Red) – they’re clearly committed to the cause…

Exactly – I mean, the million dollar question I get asked by people when we’re talking about this centre is “What’s going to happen once the World Cup’s over?”, and it’s great to know that Nike are in it for the long-haul. I mean, I think they’ve got a 5-year deal with the government to keep funding education based around AIDS and the prevention.

Looking to the pitch at this World Cup – what do you make of so many big teams having difficulty in this first round?

It’s just the way of the World Cup, isn’t it? A lot of bigger teams are having slow starts like England, France and Italy.

Do you think there’s anything that the ‘smaller’ teams are doing right that makes is so hard for the bigger teams to score against them?

It’s difficult to pin down – I couldn’t say without being on the pitch, I’m still a player after all! 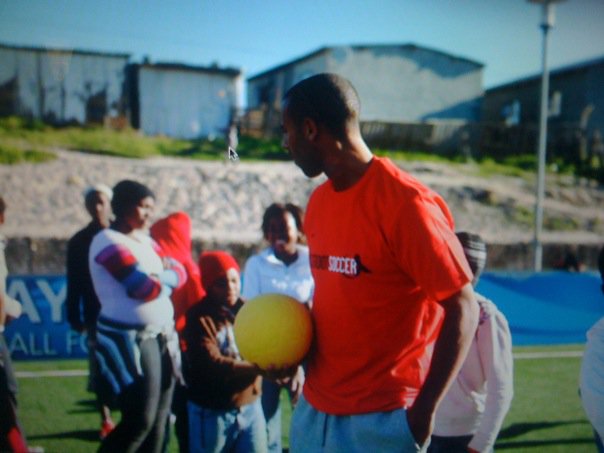 Have you had a favourite game of the tournament so far?


Now, as we’re Footy-Boots.com – we’ve got a certain duty to ask you about your football boots! First of all – have you had chance to play in any of the Elite Series football boots yet?

No, I haven’t had a pair!! Nike make the best boots for my foot shape, so I hope I get to play in a pair after the World Cup – and if the feel stays the same, I’m sure they’re great boots to play in.


We noticed that last season you switched from wearing the T90 Laser II and into the CTR360 – what were the factors behind that decision?

Well, as you probably know, the Lasers are a very bulky boot, not in a bad way, just all the padding in them makes them very comfortable. I got the chance to try some 360‘s on and they felt good, you know? So I played out the last couple of games in them, but who knows – it could be T90 again next season, whatever Nike want me to wear!

Finally – England. Still in with a shout?

Definitely – The competition’s not got started yet. The chances of England still setting through are high, and of course, going on to with the competition!

Footy-Boots wants to send a special thanks to Anton for taking the time to have a chat with us, and generally being a top man! Thanks to the guys at Nike for arranging the whole thing too.

If you want to follow Anton, Tinchy & Richie’s adventure around South Africa, head straight on over to the Nike Facebook page, or check out their Twitter accounts!

Written By
Kyle Elliot
More from Kyle Elliot
Warrior look back to the past once more with this retro-inspired new...
Read More