With England’s National team not in action this weekend, it gave us a great excuse to cast our football boots-spotting gaze a little further afield to some of the lesser spotted international teams!


Not the best picture of the Romanian Goalkeeper, but as you can just about make out from the bottom of the picture, the 23 year old is one of the growing number of players adopting the Mizuno Wave Ignitus as his football boots of choice.

And what a ringing endorsement that is, the young keeper kept France at bay for 83 minutes with an inspired performance – but 2 goals in the last 7 minutes belie the efforts of Pantilimon, and saw Romania lose 2-0.


France are desperately fighting for some national pride in their national football team at the moment, and coming on as a substitute, Loic Remy instantly raised hopes in Les Bleus.

Coming on as a late sub, the highly-touted Remy was on hand to break the deadlock and give France an opener in his gold Puma v1.08 football boots, an odd choice given the Marseilles striker must have been offered the super-light Puma v1.10 SL at some point!

The Big Roma Loan man has been a bone of contention among Azzurri fans in his short international career, and a goalless draw in Belfast certainly won’t have done much to help his case.

However, the 28-year-old has always stayed true to his football boots, playing in Nike Mercurial Vapors as long as we can remember. It’s interesting to see, then, that Borriello has been stubbornly clinging to his Superfly I’s since April. What’s the matter Marco? Do the new Cherry Superfly II‘s not take your fancy? 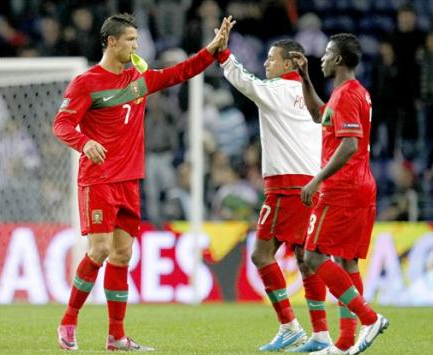 Here’s a nice triple-boot-spot for you! Cristiano Ronaldo returned to international football to captain Portugal to a convincing 3-1 over a promising Denmark side, scoring Portugal’s third the Voltage Cherry Superfly II, with his now-infamous mixed soleplate.

It was Nani, though, who shone on the night, helping himself to Portugal’s two opening goals and assisting Ronaldo for the third. After a performance like that, we certainly don’t expect Nani to change out of those cyan adidas F50 adiZero‘s anytime soon!

Capping off the three market leading speed-boots was Silvestre Varela, who’s one of the surprisingly few who have adopted the v1.10SL. Varela saw little of the game, coming on as an 88th minute sub for Nani. 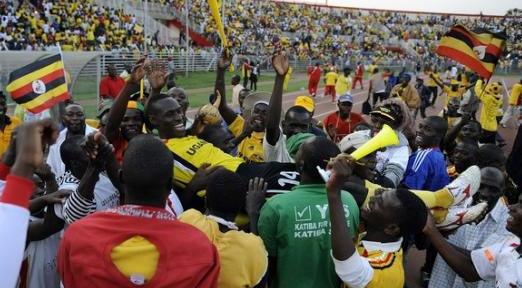 Ugandan international Andy Mwesigwa is clearly a man who is very specific about his taste in football boots! Wearing some Mizuno’s that we’re – for once – struggling to identify!

We reckon they could be the Wave Striker 2, given that they’re very similar to the Wave Shinken 2, but without the distinctive Bio-Panel on the instep. If you know, make sure you tell us in the comments!

Update: Our friends at Mizuno have confirmed these are the Mizuno Morelia Wave, which we covered back in February 2007 when they were released – we don’t be forgetting that in a hurry – thanks Mizuno! 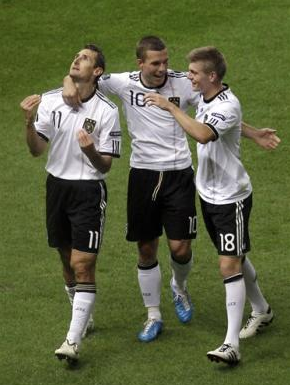 Kroos was famous among boot-spotters for his unusual choice of adidas Predator PowerSwerves, which were David Beckham’s signature model from two years ago – complete with the LA Galaxy crest on the tongue of the right boot!

The Bayern Munich midfielder has settled on the adiPure III‘s now, though, wearing the White/Black/Poppy versions that seem almost custom made to go with the German national team’s kit. 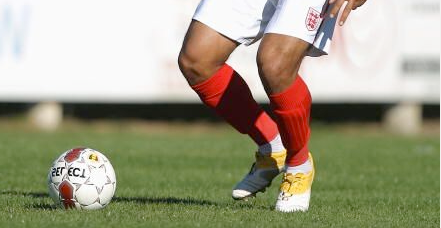 We love a good custom colourway here at Footy-Boots.com, and a big shout out to Spurs youngster John Bostock for brightening our day with some sunshine-yellow Nike CTR360 Maestri‘s!

We think these football boots are definitely a NikeiD creation, rather than a super-secret new colourway – which is kind of shame, as we think the rare Yellow/White combo would really stand out on a pitch!

That’s all from us for now, but we’ll be bringing you an update if we spot anything new in tonight’s matches!

Until then, drop us a comment with any amazing spots that you come across!