The Indonesian Football Association is facing a court battle after being sued by a, ahem, High-Profile lawyer over the design of their National team’s football shirt. 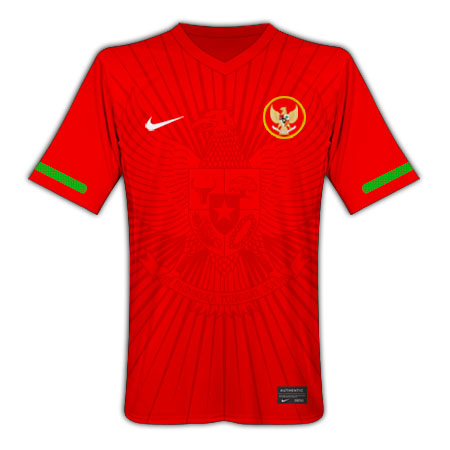 A high-profile Indonesian lawyer is suing the Indonesian Football Association for using the nation˘ national symbol – the Garuda – on the shirts of the national football team.

Claiming he’s motivated by his ”sincere love of the national team,” David Tobing said he was taking legal action because he believed the mythical bird-like creature, should not be placed next to commercial logos – such as that of athletic apparel provider to the team – Nike.

”What appears on the shirt should be the logo of the football association” Mr Tobing ranted. 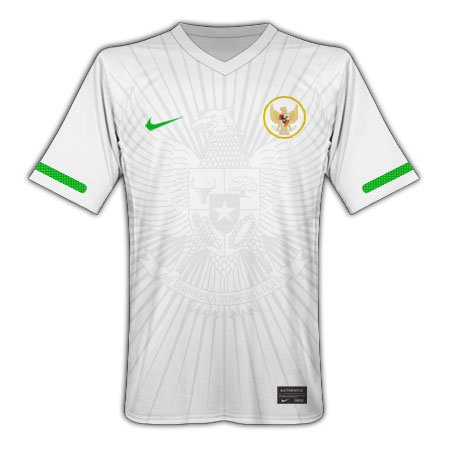 The national symbol also appears on the away Shirt

David rejected suggestions the move was a publicity stunt, claiming that he believed that he was obligated as a lawyer to challenge anything that he felt violated the law.

He said the national football team had breached Law No. 29 on the National Symbol, Anthem and Flag.

Asked about the timing of the move, he said ”that˘ because I just bought the law book two days ago and I can˘€žËt make any further delays to act against this violation.” further increasing doubts about the validity of his claim (what sort of Lawyer only bought ‘the law book’ 2 days ago?!)

He said he was not pursuing damages and had spent Rp 1.5 million ($167) of his own money lodging the complaint.

Indonesia are riding high after an unbeaten run to the semi-finals of the Asian Football Federation Cup. Indonesia faces the Philippines in the first leg of the semi-finals in Jakarta on Thursday, with the second leg also expected to be held in Indonesia due to problems with the football association in the neighboring country

What do you think of this move? Likely to be taken seriously, or should Mr. Tobing be thrown out of court like the crackpot he most probably is?

Written By
Kyle Elliot
More from Kyle Elliot
How do the new Umbro Stealth Pro II stack up to the...
Read More