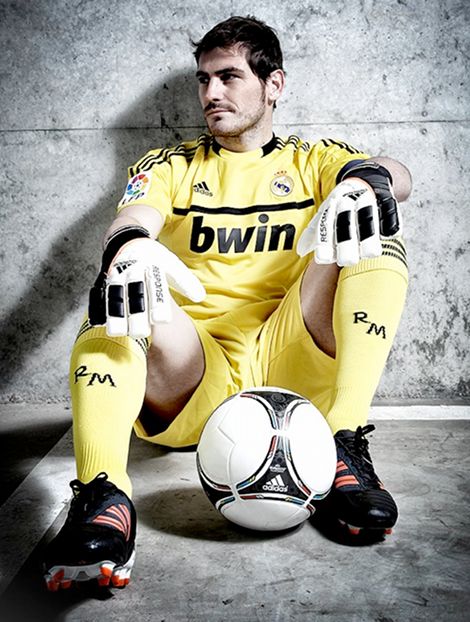 Having had his boots and gloves supplied by the Bolton-based sportswear manufacturer for over eleven years, the record-breaking goalkeeper will now look to adidas for his equipment needs.

In his first official photoshoot for adidas, the World Cup-Winner will wear adidas adiPower Predator football boots and will tend the net of the Bernabeu in adidas Response Goalkeeper Gloves.

The move will be seen as a huge coup for adidas, who now not only sponsor Casillas personally, but also the Real Madrid and Spanish national teams that he captains.

Casillas took to his official Facebook page to make the announcement, saying today was ‘special’ as he joined ‘a new family’, before thanking Reebok for eleven years of great memories.

Losing Casillas sees Reebok move further and further away from the football market, having not released a new football boot since the RG800, to mark Ryan Giggs’ 800th professional game.