On loan at Schalke from Barcelona, Ibrahim Affelay knows a thing or two about performing at the highest level. Currently wearing the evoSPEED 1, Puma snagged this great Q&A, and sent it our way to share with you guys! 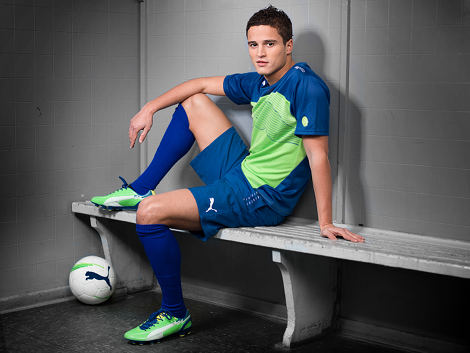 How does it feel playing in the Bundesliga compared to the Primera Division La Liga?

I think the biggest difference is that here in Germany it is more physical, whilst it is more technical in Spain. But I think that both leagues play on a very high level. You can probably compare German football to English football, it also very quick and not as technical as other leagues.

In both countries, England and Germany, you can find very modern stadiums that are mainly sold out, which is great for the atmosphere. I really like the atmosphere in the Schalke stadium.

Can you already congratulate Bayern Munich on winning the title?

They play very, very well. They have such great players. At the moment they are leading by quite far and it looks like they will re gain the title. But we will come back as well. The chance to win the title is always there. You cannot give up on us yet.

What are the ambitions of Schalke in the Champions League this season?

Well, we want to reach as far as possible, but after the group stage we are into the next round and that is very positive for the club.

We have to wait to see who our next opponent are and obviously that is important, but you can never

say what will happen in the future. Every game you we will fight and do the best you can.

Who are your favourite players in world football?

There are many very talented players out there. I like Messi, Xavi and Iniesta. When I was young I also liked Zidane a lot, he was just great to watch.

Also Fernando Redondo of the former Argentina national team was one of my idols when I was a kid. 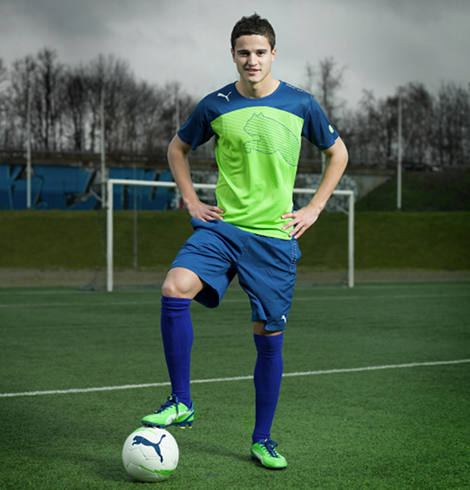 How much football do you watch when you’re not playing? Are there any specific European teams you like to follow and watch on TV?

Sometimes you want to disconnect from football, just to have some diversity in your everyday life. But if I have the chance to watch a game with Barcelona, I always take it.

They are the team I watch more than any other team, simply because they play such great football.

What first attracted you to the PUMA speed range and what are the boots best qualities?

First of all the PUMA evoSPEED 1 are very light, which I think this is very important for a player. They are also very comfortable and the speed boots have constantly improved with every version that I have worn.

I really appreciate this and I think PUMA should continue exactly like that.

How do you relax away from football? What are some of your favourite things to do on a day off?

I like to spend time with my family, watch movies or go for dinner. My family is the most important factor in my life, I have a special relationship with my mother and I make an effort to see my family as much as I can, which is not always easy as I now live in Germany and we have many games and training sessions.

But when I have the opportunity, I go home and see my mother and the other family members.