After a sparse year for releases on the football boot market, Hummel are biting back at the start of the 2013-14 season with a new take on their older boots – starting with this startling new Green Gecko colourway for the Rapid X Blade!

We first saw the Hummel Rapid X Blade back in January of last year, boasting a tasty White/Black/Orange combo of colourways. 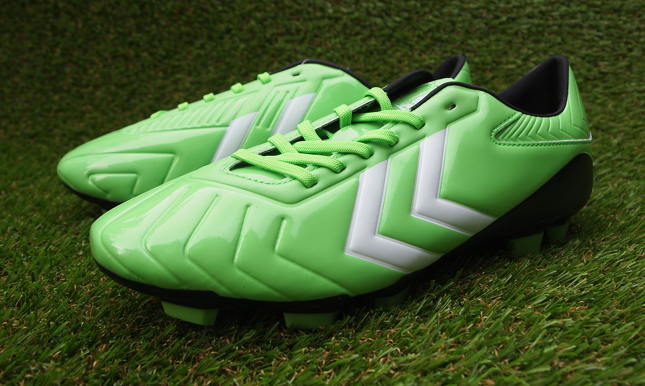 It seems that the Danish masterminds at Hummel HQ are looking to keep pushing the envelope with colour combinations, sticking with a vibrant palette for this start-of-season release.

Created with Hummel’s first ‘Technical Synthetic’ the Rapid X Blade is built for speed with a soft, cushioned touch. 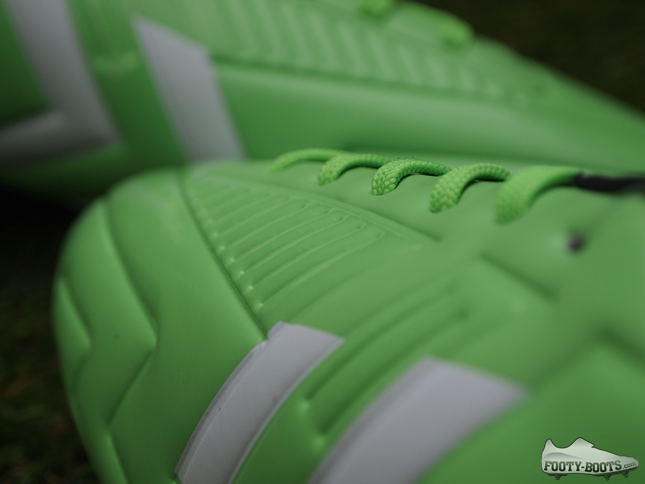 The Technical Synthetic has a lovely amount of give to it’s construction, dampening and dispersing the energy from the ball when taking a touch as well as offering superb comfort.

Boasting an exceptional amount of detailing for a minimal speed boot, you’ll find loads of neat touches across the abrasion-resistant upper. 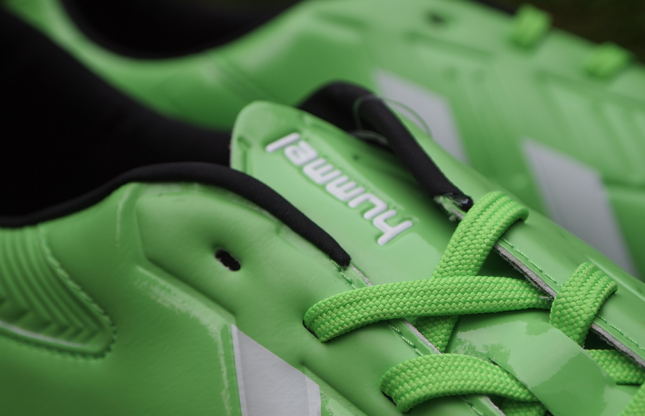 The Hummel chevrons are used prominently throughout the boot, most notably on the heel and flanks.

TPU ‘Cage Construction’ is used though the heel and midfoot, working with the lining of the boot and heel counter to lock the foot in place when running. 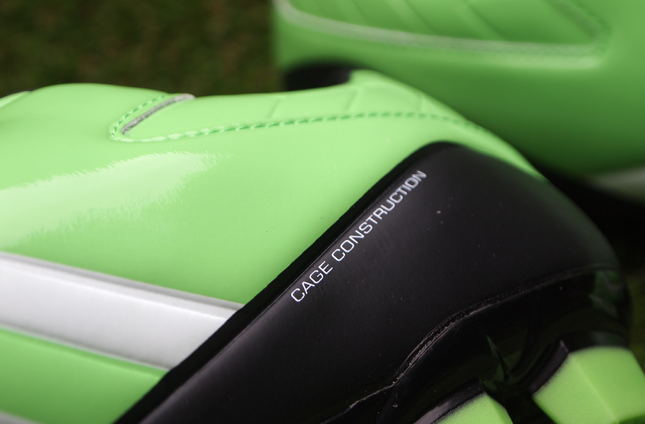 Similar to many other football boots on the market, this allows the foot to remain closer to the boot when making cuts and turns for less foot movement inside the boot.

Amplifying that is the heel zone, which uses a friction-lock lining to cut down on those nasty heel blisters.

Even more out of character for the normally-classic Hummel is the angular, futuristic soleplate.

Combining tried-and-trusted positioning with lateral braking studs and blades and a Flexsol midfoot spine and bend zone under the forefoot for a comfortable and responsive ride.

Already available on the continent, expect to see the Hummel Rapid X Blade – Green Gecko in UK and US Sports stores later this month.