Fans of classic football boots will no-doubt recall our piece on the origin of the first football boots to deviate from the all-black template, when Hummel kitted out World Cup winner Alan Ball with a white pair of football boots for the 1970 Charity Shield.

Kick-starting boot marketing as we know it and ringing in an era where it’s gradually become commonplace to wear flash football boots, it’s good to see Hummel are still sticking to one of their most historic products lines with the spiritual successor – the Hummel Old School DK. 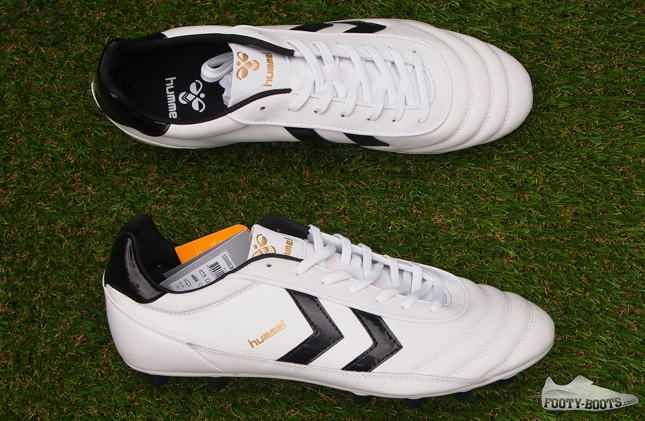 Currently only available in black and the white you see here, Hummel have stuck with much of the design features that made their boots such a big deal in the 70′s, and revamped the ‘Old School’ feature set to make them more compatible with the modern game.

The upper is, of course, Kangaroo leather for superb touch and tensile strength, but Hummel have embraced the current trend of a full-grain midfoot for reduced stretch and support and a synthetic rear quarter to help bring the weight of the boot down. 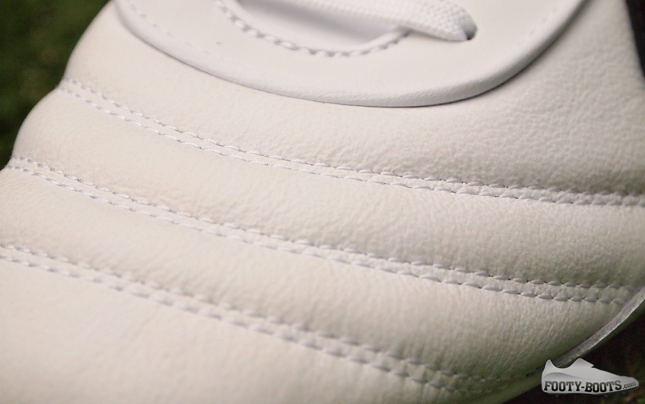 Wearers of the previous models of the Old-School will notice a change in the stitching in the Hummel Old School DK‘s forefoot, too.

Hummel have gone for a classic lateral stitch that does away with the busy ‘quilting’ of the previous model for better creasing when breaking in, and a cleaner overall look. 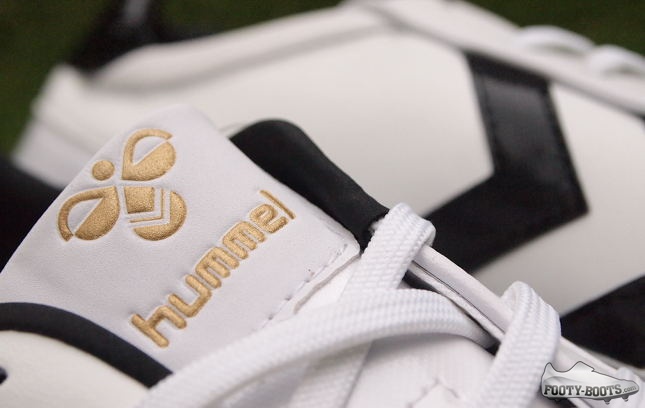 Whilst minimal in it’s design, Hummel have made sure there are a number of neat touches to the Hummel Old School DK, with all branding on the tongue, heel and flank picked out in gold.

That same level of care has been transferred to the inside of the boot, too; the heel is lined with a frictious fabric to reduce slippage, the padded collar is padded and constructed from natural leather for a fit that moulds to your ankle and the forefoot liner is ultra-thin to assure a natural touch. 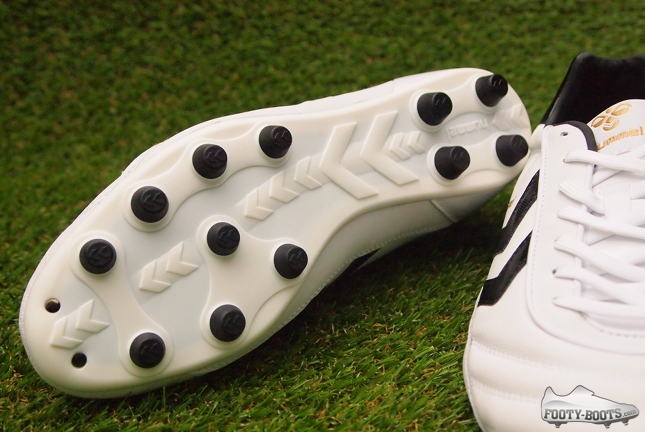 The soleplate is a slight twist on the classic twelve-stud ‘mouldies’, designed for use on firm ground.

Three of the conical studs under the forefoot are arranged in a triangle, designed to offer support to this part of the foot when making sharp twists and turns.

If classically-styled boots are your bag, you’re probably already throwing your cash at the computer screen wondering why a pair of Hummel Old School DK‘s haven’t materialised at your desk yet.

But Hummel have boxed clever on the Old School DK, with a part-synthetic construction these football boots are still only 250g – a pleasing compromise between weight and heft for players who still like some substance to their boots when going in for tackles and slamming in volleys.

What do you make of this release from Hummel?

Hummel Old School DK | No School Like the Old School, 7.9 out of 10 based on 4 ratings https://www.footy-boots.com/wp-content/uploads/2014/06/hummel-old-school-dk.jpg

Written By
Kyle Elliot
More from Kyle Elliot
See how each pair of adidas' signature boot is handmade!
Read More