The FIFA World Rankings were updated this morning, one particular standing in particular will have come as a shock to many football fans as Holland pipped World Champions Spain to the summit. 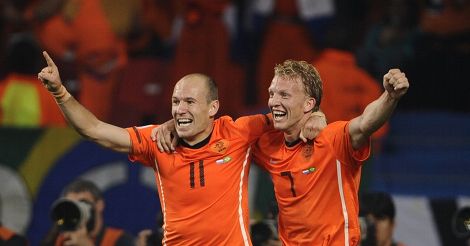 ‘La Furia Roja’ suffered a friendly defeat to Italy a fortnight ago, which saw their status as both World and European Champions count for little as they were overtaken by Holland.

Having been at the summit of the FIFA World Rankings for a little over a year, many rate Spain as the best national team in the World at present, making their slip to second a definite surprise for fans all over the World.

Interestingly, Holland’s jump from second could be in part thanks to not playing football at all! The Oranje had a friendly with England (who also climbed 2 places into 4th) which was postponed due to civil unrest in London.

Other big news in the rankings came for Uruguay who, after their Copa America success, retain their 5th-place position but Brazil fell two places to 6th, leaving Forlan, Suarez & Co. as the highest-ranked South American team.

Is this a just reward for Holland’s consistency? Or a tad harsh on Spain?

Written By
Felipe
More from Felipe
Newcastle United say they want to talk to imprisoned Joey Barton and...
Read More