They say that good things come to those who wait… 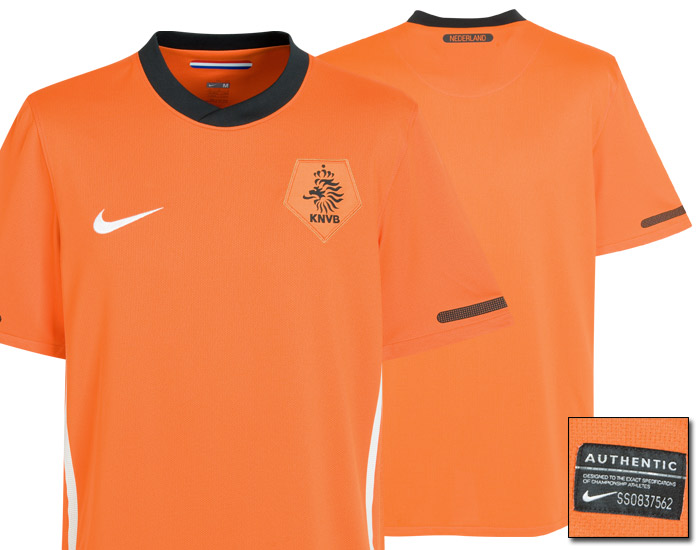 And fans of Dutch ‘Total Football’ have been left waiting a good few months for the new Holland home shirt!

Thankfully the new Orange number lives up the high expectations set by the away shirt that was unveiled in February.

Taking some design cues from the legendary Dutch squad’s kits of the 1970s, the new Holland Shirt drops the Sky Blue and national flag motifs of last seasons shirt – instead opting for a more intimidating Black trim to the kits. 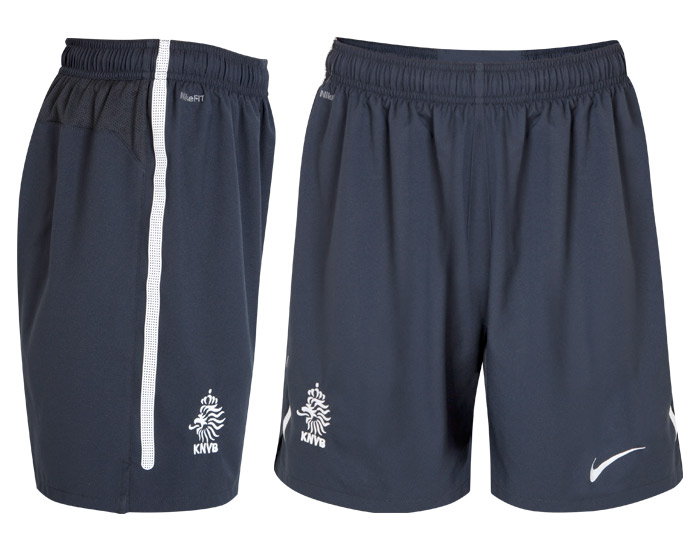 One feature we like here at Footy-Boots.com is the use of two white stripes down the front of the shirt, which give the kit a nice sense of symmetry and balance.

Every Dutch fan will be hoping that the likes of Dirk Kuyt, Robin van Persie and Klaas-Jan Huntelaar will be inspired to ‘Bloed Oranje’ for the team by this new kit and recapture the World Cup glory that once made them one of the World’s most feared teams 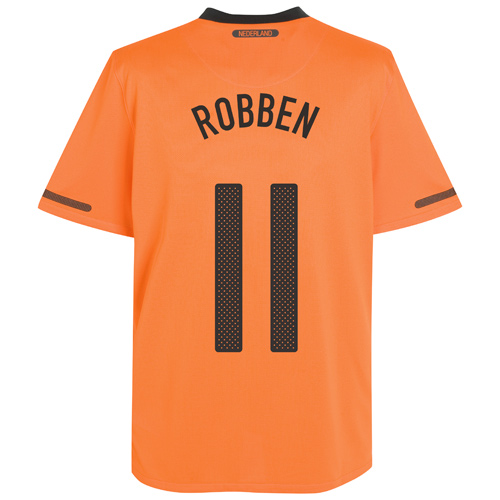 For the die-hard, Nike have also released special ‘Pro’ editions of some of their new shirts – including Holland’s. Each of these shirts are made to the exact ‘kit-room’ standards of the professional shirts that the Pro’s will wear this summer, and are supplied in an individually number presentation box – strictly Limited Edition! 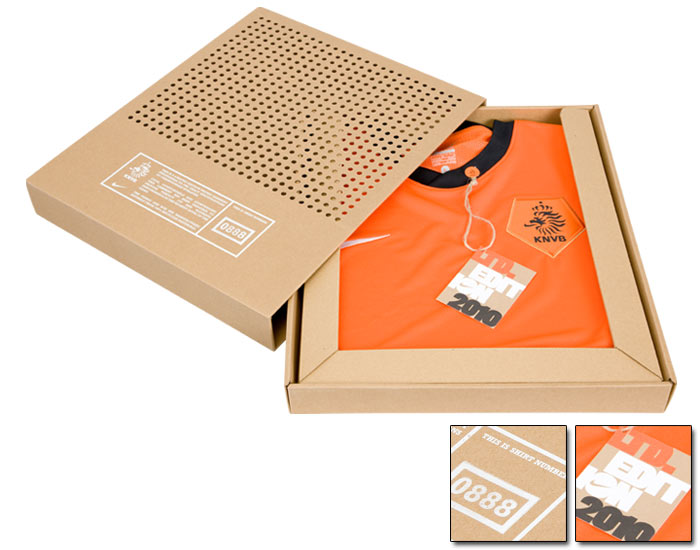 These limited edition sets will run at £99.99

Written By
Felipe
More from Felipe
Of course we want cheats exposed but after the Eduardo affair, Andy...
Read More