Nike could be set to announce the signing of the latest star to their galaxy if Real Madrid’s Gonzalo Higuain returns to action for Real Madrid this weekend. 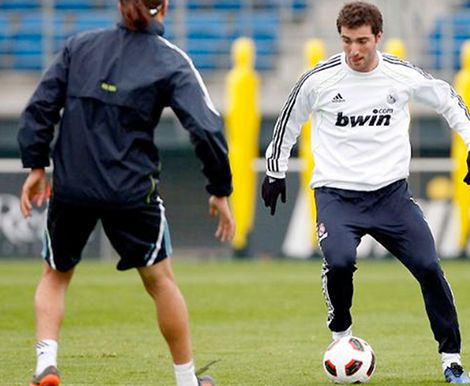 The Argentine, who could make his first Galacticos start in over 4 months, has been recovering from an operation in January to repair a herniated spinal disc; and in that recovery period his contract with adidas has expired.

Former River Plate man Higuain has been an F50 man since joining Real Madrid, and has – until recently – been a model adiZero wearer, preferring the leather upper in matches and training. 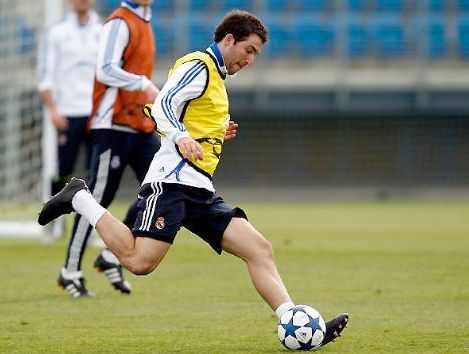 Keen-eyed boot spotters, however, noticed that over the last fortnight, Higuain has been blacking-out his trusty adiZeros, which is usually a surefire sign that a football boots endorsement contract is up for negotiation (or in Robinho’s case, it’s not and he didn’t read the small print!).

Whilst his team-mates were on international duty, however, the big Argentina forward snuck in a few extra training sessions at the Veldebebas training complex in a variety of Nike football boots – specifically the Nike T90 Laser III Elite and the CTR360.

Sources are already confirming Nike has signed the 23 year old on a 1m-a-season deal, beating his previous agreement with adidas by a slight margin, but Nike themselves are staying tight-lipped for the time being – most likely awaiting his first appearance in Nike football boots before confirming his acquisition, which could happen this weekend. 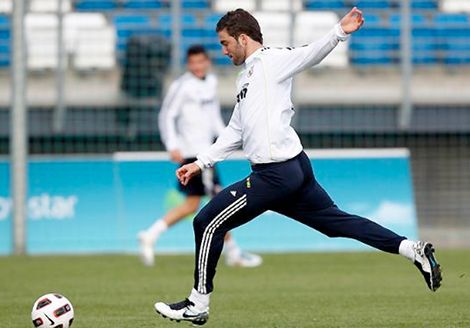 Jose Mourinho has named Higuain in the Real Madrid squad for the first time in 124 days, and hailed his inclusion as ‘important’ against a well-drilled Sporting Gijon side – hinting that a cameo appearance for Higuain would not be out of the question.

Should Nike confirm a deal with Higuain, it would go a small way to increasing Nike’s incursion into a traditionally-adidas Real Madrid first team.

With the likes of Ronaldo, Ozil, Marcelo, Ramos and potentially Higuain, Nike would definitely have the star-power quality to rival adidas’ quantity of Benzema, di Maria, KakÄ‚Ë‡, Alonso and Adebayor.

Is a switch to Nike a good move for Higuain? Considering his club and country are both adidas, it’s a shame to spoil the opportunities that might have come up for him if he stuck with adidas.

And presuming it’s a done deal, what football boots will Higuain wear this weekend?

Written By
Kyle Elliot
More from Kyle Elliot
PUMA deck their King out with some befitting gold detailing - in...
Read More