The latest analysis as shown by the Castrol Rankings makes for interesting reading for English goalkeeping fans and may also be an eye-opener for England coach Fabio Capello.

According to the data, Birmingham keeper Joe Hart is by far and away the highest ranked English shot-stopper, due in part to City’s extraordinary unbeaten run in the Premier League which stretches back to late October 2009. 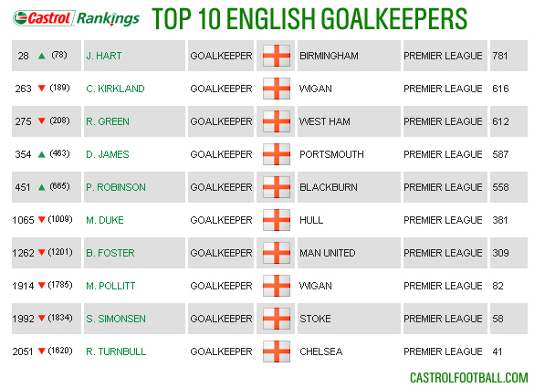 Hart is placed 28th in the overall rankings, a massive 235 places higher than the second placed Englishman, Chris Kirkland. As for other potential World Cup squad candidates, Rob Green of West Ham United is at number 275, Portsmouth’s David James is 354 with Paul Robinson at 451.

Hart’s excellent recent form means that he is also ranked as the third best keeper from the five major European leagues with only Edwin Van der Sar of Manchester United and Bordeaux’s Cedric Carrasso above him. 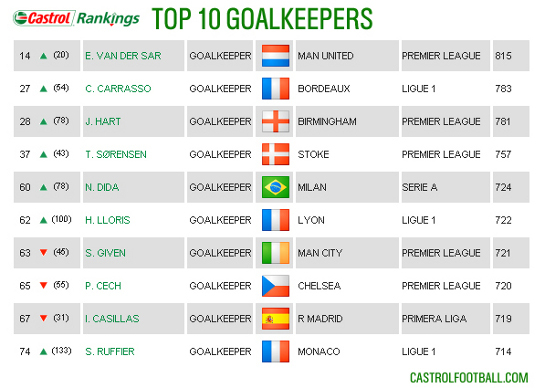 The Castrol Rankings are the world’s first rankings based on the actual performance of every football player across Europe’s top five leagues. They are calculated by objectively measuring each individual action performed on the field.

For goalkeepers this includes clean sheets, saves, distribution and goals conceded (including where the shot came from).

In terms of all players, Real Madrid’s Cristiano Ronaldo has moved to the top of the tree from third place last month with 965 points, just one point ahead of the Barcelona pairing of Thierry Henry and World and European player of the Year, Lionel Messi. The top five is completed by Gerard Pique, again of Barcelona in fourth, and Liverpool’s Fernando Torres in fifth. 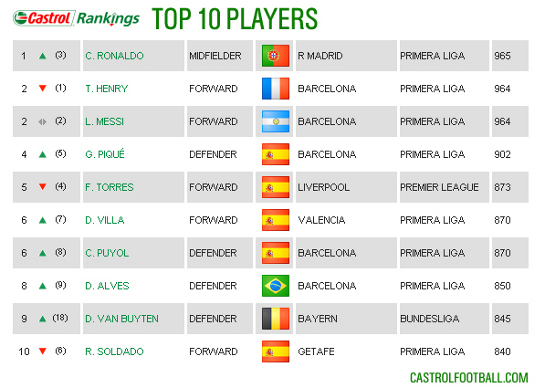 Amazingly, players from La Liga take up eight of the top ten places with only Torres and Bayern Munich’s Daniel Van Buyten also getting a look in.

Written By
Felipe
More from Felipe
Zizou turns up in Vienna, has a run around then talks Ronaldo.
Read More