You often hear suggestions that brands who back clubs ‘strongly suggest’ that their players wear football boots from the same brand, or even offer up free pairs to unsponsored players so that the brand gets a bit more exposure.

But Hamburger SV has an agreement with adidas which means that all players must wear adidas football boots, or face a fine – according to German newspaper Sportbild.

Peruvian Striker Paolo Guerrero found this out the hard way after reportedly being slapped with a cash fine for wearing some Nike football boots during two of Hamburger SV’s Bundesliga games in October.

The pacey frontman snuck his blacked-out Superfly I into two games against FSV Mainz 05 and Bayern Munich, despite having played in the adiZero for much of the season – we reckon this makes him and Steven Ireland some of the only players in Europe to swap his adiZeros for a pair of Vapors! 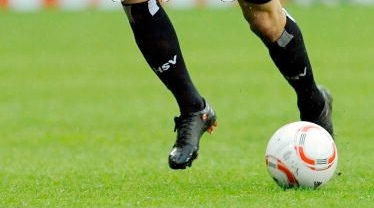 It’s very interesting to see that, despite blacking out his football boots, Guerrero was still slapped with punishment. Images of the Peruvian’s Superfly‘s show that he had gone to great lengths to remove all branding from his cleats – unlike the shoddy job William Gallas does to his Yellow Superflys week-in, week-out!

The fine seems to have worked, though, as Guerrero was back in the adiZero (Cyan/White/Pink, for all you attention-to-detail lovers!) in HSV’s match-up with FC Koeln 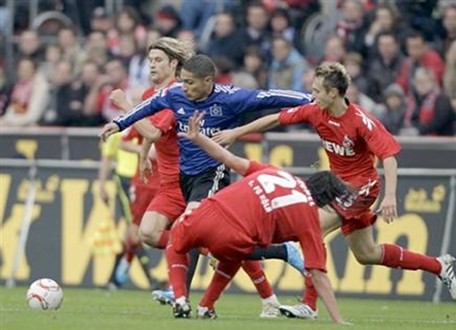 The only other player that we’ve seen breaking the alleged Hamburger SV/adidas contract is Ruud Van Nistelrooy, who is still faithful to his Nike Tiempo Legends. We can only guess that this is due to Ruud being a relatively new member of the team and a ‘big name’ (literally!), the personal terms of his contract state that he must be allowed to play in his sponsors footwear.

What do you think of this whole alleged agreement?

Smart move by adidas, who have every right to protect their brand image and milk their investment with the club?

Or is it damaging to players morale and distracting to the team?

Let us know in the comments section!

Written By
Kyle Elliot
More from Kyle Elliot
Concave give us an exclusive heads-up on their new colourways, their design...
Read More