' According to the Football Association, goal line technology could be used in the' Premier League' from the start of next season. 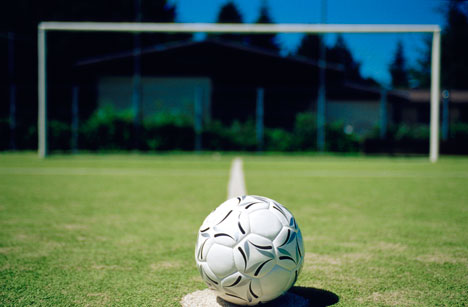 After years of talk and support from many from within the game, it now seems that goal line technology will be introduced into football, possibly from as early as 2012-13.

Fifa' has been testing nine alternative technologies and have suggested a decision will be made after the Euro 2012 final in July 2012.

1. The technology applies only to the goal line and will only determine whether a goal has been scored

2. The system must be accurate

3. The indication of whether a goal has been scored must be immediate and automatically confirmed within one second

4. The indication of whether a goal has been scored will only be communicated to the match officials (via the referee’s watch, by vibration and visual signal)

The goal line technologies are being tested until Christmas, then the results will be presented to the International Football Association Board (Ifab) in March, when some of the technologies may pass through to phase two.

Phase two of testing starts in March and will be more detailed and rigorous.

Testing should be completed in June with the decision due after the Euro 2012 finals.

The sooner they go further, the better. I have always been a big fan of it and given it every support.

I want more than goal-line technology. Penalty calls, offsides, these kind of things. Only at the demand of a central referee.

Overall people in this sport want technology. I want as much as possible.

There are no doubts. The concern of course is that the technology can make mistakes but still statistically we will improve a lot.

So ArsÄ‚¨ne likes the idea, what do you think? The sooner the better, or leave the game as it is?

Written By
Michael D
More from Michael D
Here it is, the all new Nike Mercurial Superfly V with an...
Read More