Uefa are to trial the use of two extra assistant referees in the penalty area at both free-kicks and corners as an alternative to goal line technology.

This article on Goal Line Technology is part 3 of the series of 4.

The idea of Uefa boss Michel Platini is to be trialled at youth tournaments.

“The game’s a lot faster now, it’s hard to keep up with play all the time,” said Uefa spokesman William Gaillard.

The experiment will include using the assistants both behind the goal-line and inside the penalty box as extra eyes and ears for the referee.

“We have the go-ahead from the International FA Board to conduct trials on this and we believe it could work,” added Gaillard. “They would be just like the linesmen, talking to the ref through a radio system. Some people say it is better for them to stay behind the goal, others that it is better inside the penalty area so that things that go on like pulling and pushing are properly sanctioned.”

Footy Boots has recently run a mini series on Goal Line Technology, following the release of the new Adidas Teamgeist II intelligent football, which was trialled at the FIFA Club World Cup in Japan. 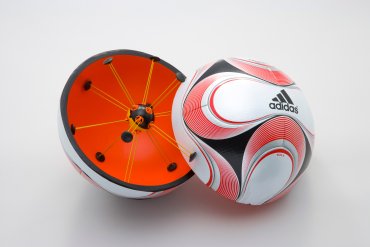 Certainly the debate over whether the ball has crossed the line or not is considered a huge talking point in football and a wrong decision which leads to a lost match can potentially relegate a football club, costing millions in lost revenue at the end of a season. Footy Boots believes even with the addition of more match officials, human error will still occur, so is it now time to take goal-line decisions out of the hands of officials and rely on more advanced technology?

This article on Goal Line Technology is part 3 of the series of 4.

Written By
Felipe
More from Felipe
The latest colourway of the Adidas F50.9 TUNiT in True Blue.
Read More