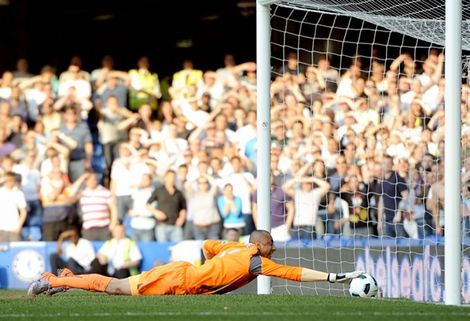 Speaking to TF1, Blatter said: “I think in 2012 we will have a system ready to detect whether a goal has been scored or not. At this point it will be introduced for World Cup 2014.”

Having often come across as closed to the idea of such technology being introduced to the beautiful game, Blatter seems to have U-turned on the subject.

Blatter was speaking just 6 weeks after he and the rest of the IFAB board turned down no less than 10 different systems, after all the companies prospecting such technology failed to meet standards set by the IFAB board.

What sparked such a sharp turnaround on the topic?

“It was necessary to open up new debate over it to avoid the English from suffering more injustices.”Ä‚Ĺ»'»'ĹĽ said Blatter in the same interview.

We’d love to know if there was sincerity or Sarcasm in Mr. Blatter’s voice when he said that…

Written By
Ramsay
More from Ramsay
The preferred upper of many pro's; find out what the new adiZero...
Read More