Ryan Giggs as been named as the 2009 BBC Sports Personality of the Year.

The 36 year old Manchester United winger is the first footballer to win the award since David Beckham in 2001. The only other football winners in the long history of the event have been Michael Owen, Paul Gascoigne and Bobby Moore. 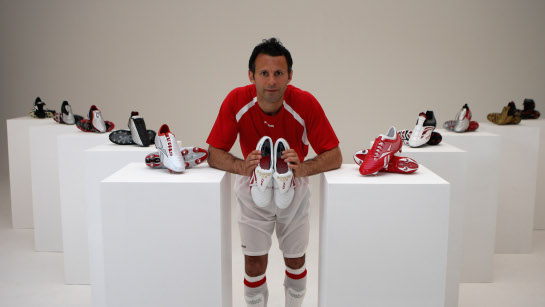 Giggs, who has won the Premier League 11 times with his club, secured 29.4% of the vote, with Formula 1 driver Jenson Button in second place and heptathlete Jessica Ennis in third.

This year has seen Giggs win the Professional Footballers’ Association Player of the Year award for the first time in April and the Wales Sports Personality of the Year award, and in a United shirt he has made his 800th appearance, scored his 150th goal and helping them reach the Chapions League final.

Collecting his award in front of a live television audience, Giggs said:

This is a shock as you can tell by the speech I’ve prepared.

I grew up watching this programme. To see the people that have won it and to be here is unbelievable.

It’s unusual for a 36-year-old to be playing with a team like Manchester United for 20 years but I am enjoying it and long may it continue.

Written By
Felipe
More from Felipe
It's the season of Festive cheer, though clearly not at Blackburn Rovers....
Read More