They say a classic never really goes out of style, and there’s one classic that most football fans will agree is still as valuable today as he was in 1992; Ryan Giggs. 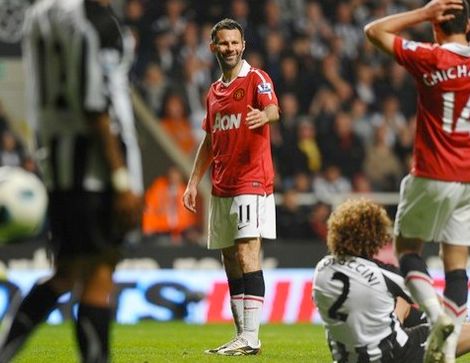 The latest round of official'  Champions League Performance Data, provided by Castrol Edge, suggests that the Welsh Wizard could well be the main reason that the Red Devils progress to yet another Champions League final under Sir Alex Ferguson.

Whilst not the flying winger he once was, Giggs has carved out a new niche in the United XI, especially in Europe. The 37-year old’s astounding eye for a pass has seen him provide plenty of ammunition for his younger team-mates from a more central-role than he has previously been deployed in.

In fact, Giggs has been responsible for assisting all four of Manchester United’s Champions League goals over the last 3 games, unlocking the likes of Marseilles and Chelsea when no-one else could. 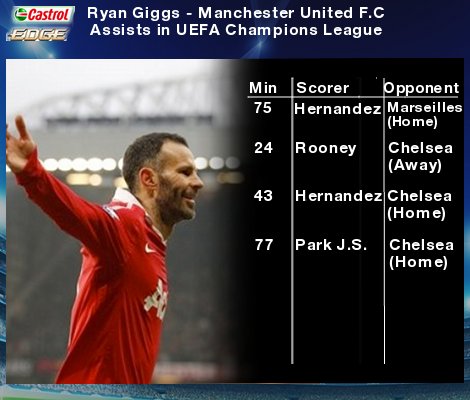 Despite that his newer role was allegedly designed to give the Welshman less running to do, Giggs has made the position his own and finding new freedom and space across the park.

Giggs’ new ‘free-role’ has proven nigh-impossible to man-mark in Europe, as he manages to get on the ball in nearly every area of the pitch, as shown by his touch-charts for the two legs against Chelsea! 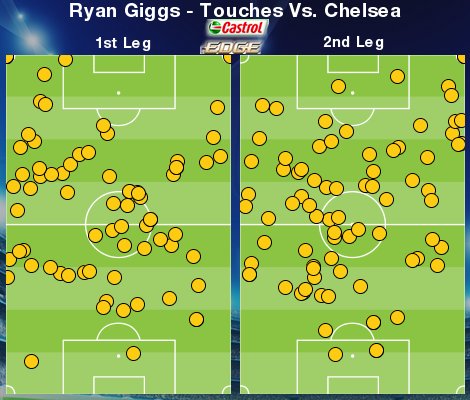 Despite consistent excellence in the Champions League, Giggs has been anything but consistent in his choice of football boots! Being a Reebok man though-and-through, Giggs hasn’t strayed too far from their Instante Pro line of cleats; however, he can’t seem to settle on the Instante Pro or the newer Instante Pro II.

We’ve had many complaints from Footy-Boots.com readers that they can’t get their hands on a pair of Instante Pro II‘s (also the boot of choice for Giggs’ fellow UCL semi-finalist Iker Casillas), so perhaps Giggs is trying to make his football boots last longer by wearing an older pair every so often!

So, should Schalke wish to stifle Manchester United whist on their home turf, it would seem that Ryan Giggs is the man they should be watching the closest!

Who do you think will come out on top and make it to the Champions League Final at Wembley?

Written By
Ramsay
More from Ramsay
The Most Wanted Global Showcase winners have been selected for The Nike...
Read More