35-year-old Manchester United midfielder Ryan Giggs has agreed a one-year contract extension that will keep him at Old Trafford until June 2010. 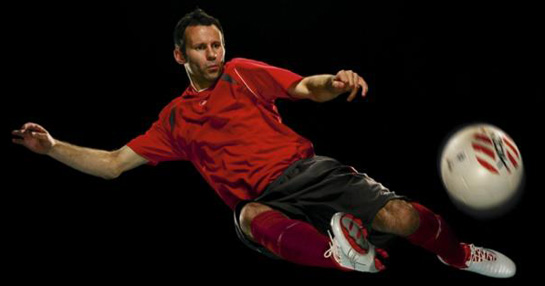 The Welsh Wizard” Ryan Giggs has signed a new contract with his club Manchester United that will see him stay at the club until at least next June.

Giggs, a one club man, made his first team debut 18 years ago. His d'©but was made against Everton on the 2nd March 1991 and in last Sunday’s 1-0 win against West Ham, Giggs scored his 147th goal on his 787th club appearance.

At international level, the Welshman gained 64 caps before retiring in May 2007. Giggs played schoolboy international football for England, captaining the side, but he switched to Wales for his first full international honours in 1991.

I feel fit and I’m enjoying my football more than ever. This is an exciting young team and the spirit is great in the dressing room. I want to be a part of that and achieve even more success.

Written By
Felipe
More from Felipe
Here's the Argentina shirt that Maradona's men will wear in the 2010...
Read More