When adidas want opinions on a new Predator, Liverpool skipper Steven Gerrard is one of the names closest to the top of the list, which is when he’s captured some interest after appearing in some black-out boots ahead of the weekend’s games. 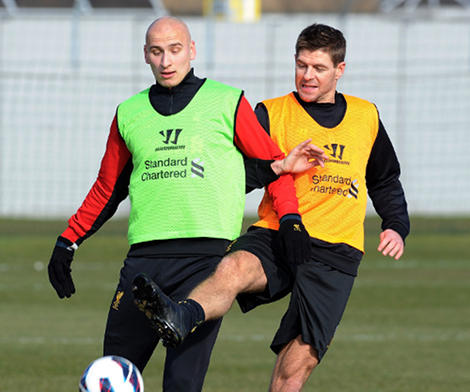 The England international took to Liverpool’s Melwood training ground ahead of Liverpool’s weekend clash with Wigan in an unusual pair of all-black football boots.

As this is Steven Gerrard we’re talking about, there’s almost no question of his contract having lapsed with adidas, meaning development has begun to the successor of the adidas Predator LZ. 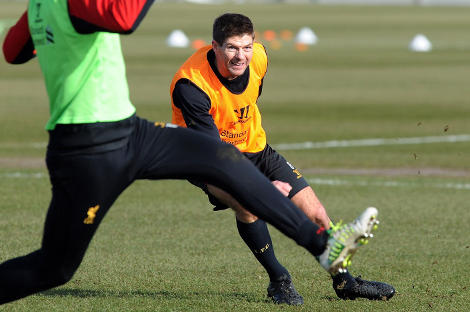 It’s hard to believe that the Predator LZ' is almost a year old, when you consider the amount of debate it still generates as one of the most innovative and' divisive' releases in the range’s history.

But, 10 months has passed since the May 2nd reveal of the LZ, so it’s no surprise to see the first inklings that the next generation is in development. 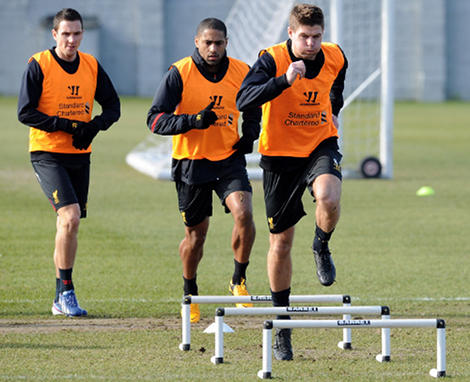 The rumour mill has long-supported the idea that with adidas releasing an all-new silo later on this year, the Three Stripes are going to keep things fairly steady on the next Predator.

Looking closely at the boots Gerrard is wearing here, there’s definitely some marked similarities to the current Letha Zones, with a miCoach cavity and a ‘pass-pad’ visible on the top image, and plenty of texture visible on the forefoot where the ‘First Touch’ zone lives on the current model. 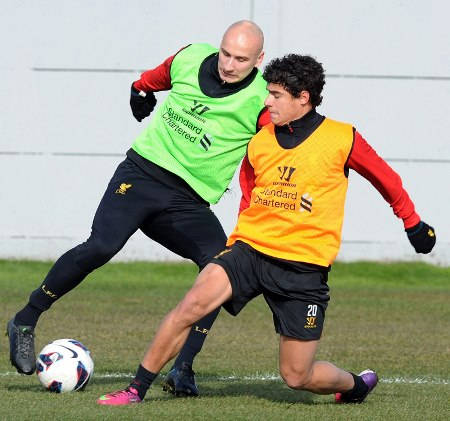 We also thought we’d scoped out another Liverpool player – Jonjo Shelvey – in the new Predator. But as it happens, the England international had opted to wear the Black/Green (or Blackout, to you and me) model of the current Lethal Zones.

A definite rarity from a pro! 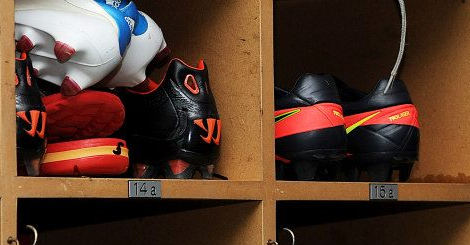 Elsewhere in non-adidas Liverpool boot news, this shot of the Melwood boot room revealed, interestingly, a pair of adiZeros living in the same shelf as some Warrior Skreamer K-Lites.

Given that the only Liverpool player we can think of who still wears this 2 year old model of adiZero, could Daniel Agger be trialling a pair of Skreamers ahead of a prospective switch to Warrior?

Or has one of the Liverpool coaching staff simply left their boots in the wrong pigeon-hole?

Let us know what you think of Gerrard’s Black-outs and the odds of a Warrior switch for Agger, below!

Written By
Kyle Elliot
More from Kyle Elliot
Want to be at the official launch event for the CTR360 II,...
Read More