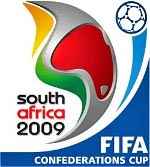 Germany are the new European Under-21 champions after they defeated a suspension ravaged England 4 – 0 in the final in Sweden.

Germany went ahead in the match on 23 minutes when Mesut Ozil beat Martin Cranie and sought out Gonzalo Castro, who slotted home.

Three minutes after the break, goalkeeper Scott Loach, standing in for the suspended Joe Hart, made a horrible mistake as he misjudged Ozil’s free-kick and palmed the ball into the net.

England desperately tried to find a way back and went close when Lee Cattermole hit the bar but Germany were not to be denied and as England chased the game, Sandro Wagner collected man of the match Ozil’s pass and fired through Loach’s legs. Wanger added a fourth as he curled a sublime effort around the England goalkeeper with four minutes remaining.

In the end, it was England’s lack of fire power which hamstrung Stuart Pearce’s side with Gabriel Agbonlahor and Fraizer Campbell both watching on from the stands.

Despite the loss, Pearce has agreed a new 2 year contract with the English FA.