The night before we joined the Nike Academy for a day’s training, we were given the opportunity to sit down with England U-21’s Manager Gareth Southgate.

One year into a three-year deal with England’s Young Lions, Southgate is one of the many heralds of a new, progressive style of coaching in English football, bringing in wealth of experience and fresh ideas to the set up.

In the surroundings of the National Football Centre at St George’s Park, we took the opportunity to see how the ‘New England’ philosophy can apply to players of all levels, and what the future holds for the game.

Footy-Boots: Tell us a little about St George’s Park and how the atmosphere in the England set-up has changed since the opening of the National Football Centre?

Gareth Southgate: First of all, it’s a great place to come and work. You drive through the gates and you’re surrounded by countryside – but everything you need as a coach or a player is here in terms of how you want to train, the quality of the equipment and the recovery facilities.

It’s a special place to come.

FB: We’re surprised by the amount of coaches from clubs all across the county here today – is that by design or co-incidence?

GS: The biggest platform for us is the interaction between football people.

So, coaching courses, national teams, senior figures from the game – in the last three days we’ve had all of that going on here; the Senior Women’s team, the U-16s who played Belgium earlier today.

In the past, these would all take place in different parts of the country – you physically couldn’t get to all those events.

Those people didn’t feel they were part of something bigger. Now, there’s a group of national coaches who work with all the national teams, we can be here for a two-day meeting as we have been and also watch the U-16’s train, watch the Women’s team train and go into one of our coaching courses to engage with coaches.

It’s alive with energy and the sharing of ideas. 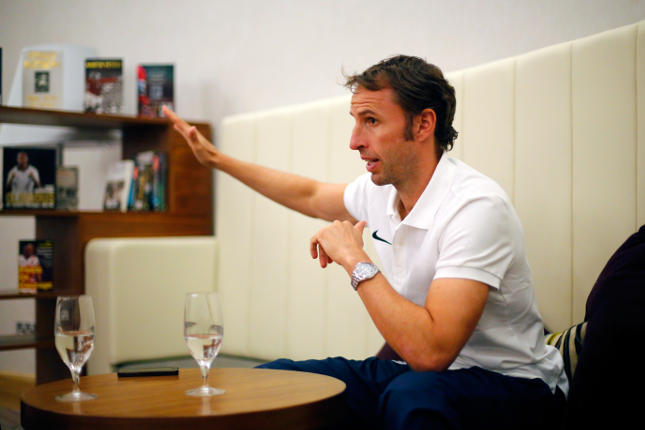 FB: Speaking of energy, the U-17’s won the European Championships this Summer – with this new, holistic centre for English football, what does a win like that do for everyone’s spirits?

GS: The U-17’s won three years ago too, but since St George’s Park has opened, this is our first win.

We are going to have a wall of big wins and victories, so those players and the staff should have a place that – hopefully – others will aspire to and see what success looks like; how did it happen? Why did that group win?

We know they have a talented squad and a group of dedicate staff – it was a great case study for us.

FB: With dedicated groups of coaches and encouraging the sharing of ideas, would you say this analytic break-down of games is one of the biggest changes in your time in the game?

GS: We’ve got a brilliant analysis department here that deliver for coach education and also with our teams.

When we’re on the road, all our training sessions are filmed – it’s a great learning tool for the players, I think most of the bigger clubs will do that now.

But it’s definitely a change; as a player, being able to sit down and watch your performance back with a coach next to you, talking through where you might have done things differently – it’s a really good way of learning.

FB: As well as working on a footballer’s intelligence and decision-making, what have you seen change in the way players approach physical training?

When I started there was a lot of long-distance running, a lot of endurance work – maybe on a Friday we’d do sprints.

The point of pre-season was to take you almost to your breaking point; five mile runs, eight-hundred metre runs and so on.

People tend to train in a lot more game-specific way now. The training relates to the matches and there’s a lot more speed-endurance work, because that’s the type of running you get in your game.

There’s a lot more focus on injury prevention, too – we didn’t look at that when I was playing, we just ran around and waited to get injured!

I guess, there’s a lot more thought gone into the physical side of things overall. 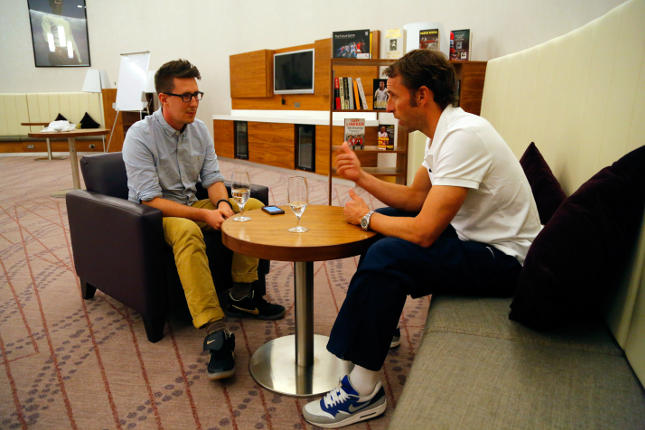 FB: Amateur players are always looking for ways to train on their own – at the moment, a lot of coaches recommend HIIT (High Impact Intensity Training) – is there anything you’d recommend part-timers like us could do to supplement that?

You’ve got to be careful; if you’re not training every day and you’re working a day job, work around that and always try to vary your training drills and stimulus.

I don’t play anymore, but if I were only running – for example – every time I wanted to do some physical training, my body would get used to that. Increase the loads, vary the type of training and – as we said with the teams here – relate it to the game.

At times in the game, you’ve got to run backwards, it’s got to move side-to-side – do those when you’re training on your own to make sure your body adapts to those movements, gets better at them and improves your flexibility.

From your flexibility and strength training will come speed and power.

FB: Have you ever come across anything particularly unorthodox or unusual when training in your career?

GS: I guess everybody’s looking for different stimuli; different conditions within games that get players to think.

Basic practises don’t have to be that complicated; one of the things we used to do was, as defenders, we’d defend with a four against five, eight, ten – the idea being that if the four of us could keep them out, we’d go in knowing we could keep a clean sheet on a Saturday.

If you watch footage of attacking play, very often forward players are outnumbered – so we think about how we can put practices on that put that element of challenge in there for the players.

But, then again, I’ve also been for walks along the canal with my team-mates as a form of training and even had a manager take me down to the pub for a pint – I guess I’ve seen the full spectrum of coaching!